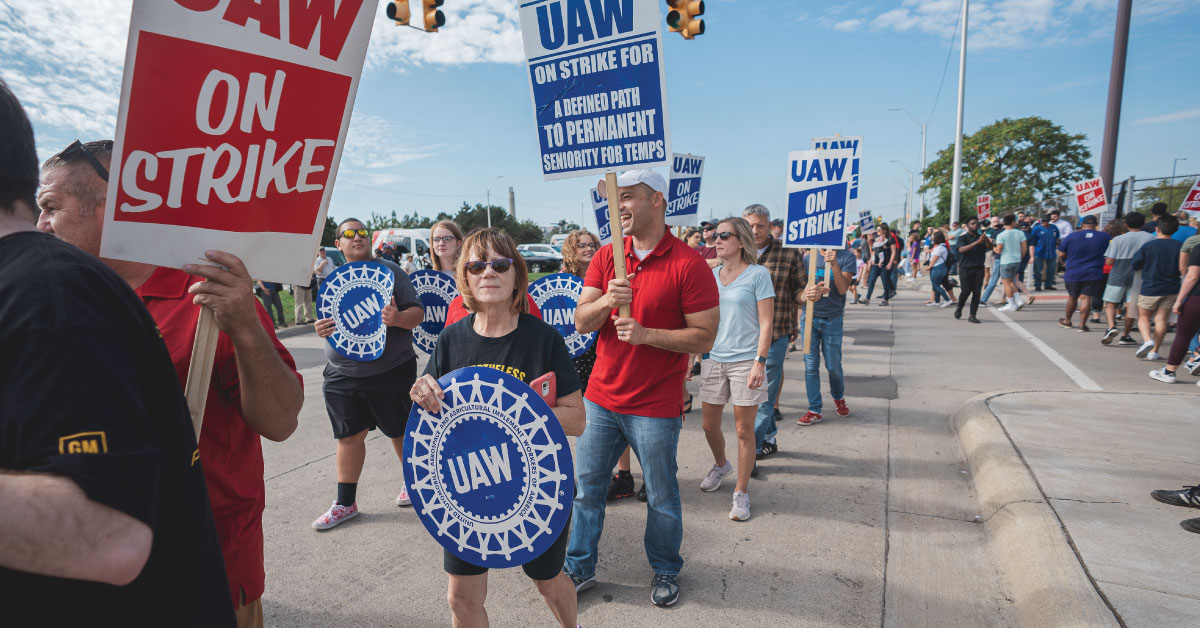 Oil Change International stands in solidarity with the striking United Automobile, Aerospace and Agricultural Implement Workers of America (UAW) at General Motors (GM). We know that there can be no climate justice without good jobs and strong unions. As the largest organized labor strike since 2007 in the U.S. enters its second week, we stand in support of the UAW in calling for:

The transition away from fossil fuels presents a unique opportunity not just to create new jobs building the green energy economy, but to do so in a way that lifts up communities, supports workers, and provides livelihoods for families in the process.

We at Oil Change International look forward to working together with workers and unions in all sectors to build a green economy that doesn’t leave anybody behind.