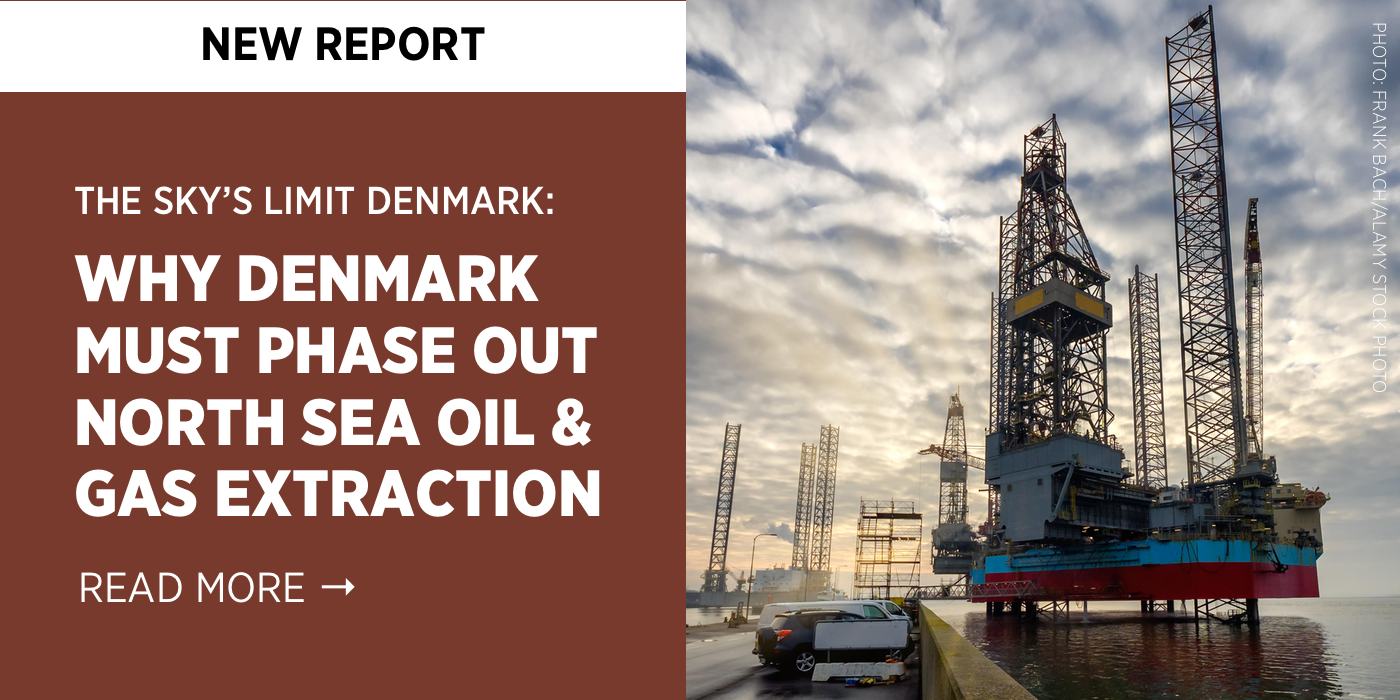 Published by Oil Change International in collaboration with Greenpeace in Denmark.

As a country with a strong legacy of climate leadership, a public keen to see strong climate action, and a relatively low dependence on fossil fuels for employment, gross domestic product, and government revenue, Denmark is well suited to lead on supply-side climate policy.

The climate science is clear that there is no room to build any new fossil fuel developments. Our findings mean that in order to ensure Denmark meets its Paris commitments and leverages its position as a wealthy fossil fuel producer to build global supply-side climate ambition, the Danish government must build off its existing climate leadership and phase out North Sea oil and gas extraction.