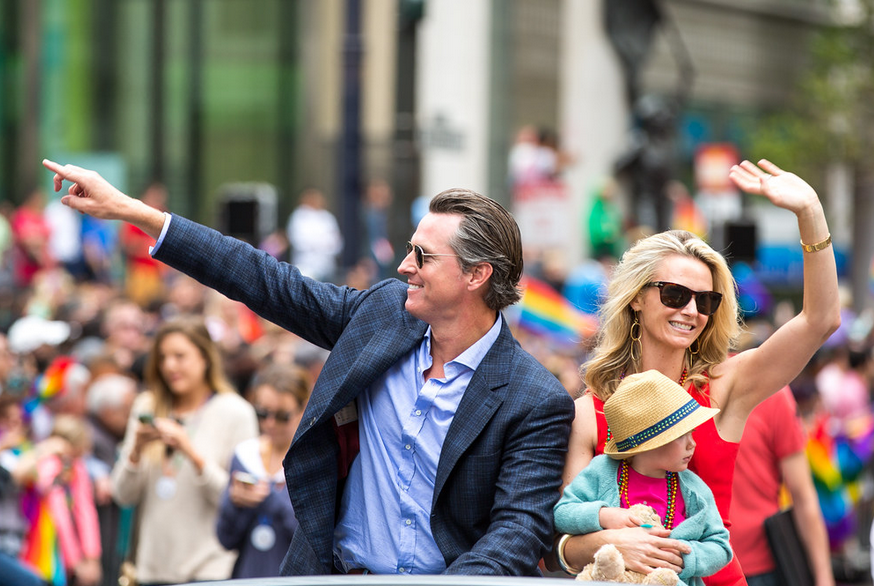 The new Democratic Governor of California, Gavin Newsom, is coming under pressure to make good on his pre-election promises to rapidly move the state away from fossil fuels.

That pressure ramped up last week when Newsom sacked a top official after it was revealed that the state’s top oil and gas regulator had issued fracking permits at twice the pace compared to the previous year.

The person fired by Newsom was Ken Harris, who used to head the Division of Oil, Gas, and Geothermal Resources in California, known locally as DOGGR.

But Harris and DOGGR had other problems too: Research by FracTracker Alliance and Consumer Watchdog shows that employees within the Division of Oil, Gas, and Geothermal Resources (DOGGR) also had significant conflicts of interest.

Not only had Harris allowed fracking permits to be doubled since Newsom took office, but two watchdog groups, Consumer Watchdog and FracTracker Alliance, had uncovered records showing that state regulators held investments in Exxon Mobil, Chevron, BP, and Valero amongst others.

Adam Scow, from Consumer Watchdog and Brook Lenker, from FracTracker Alliance, argued: “We have uncovered outrageous conflicts of interest at the state agency charged with oil and gas well approval and inspections that endanger the public. Oil regulators should not be invested in the same oil companies that they regulate.”

According to the Desert Sun newspaper, that helped uncover the story: “Almost half of the 2,300 well permits issued in 2019 have benefited oil companies invested in by agency officials”.

DOGGR’s lax regulation is not news – the agency has long been decried by environmental justice and public interest groups for enabling rampant oil industry pollution.

Under Governor Jerry Brown’s administration the agency issued over 20,000 permits to companies to drill new oil and gas wells, as Oil Change International research had revealed.

There have been other problems too with DOGGR. A day after Harris was fired, it was reported that a Chevron oil well in Kern County had leaked nearly 800,000 gallons of crude petroleum over a period of two months.

As of yesterday, a new leak had been reported at the site. So the pollution continues:

BREAKING: A new leak has started at the scene of Chevron's massive oil spill at an oil field in Kern County. The company and state regulators say the leak began yesterday and is ongoing. Oil and water is coming out of one of the 3 places where oil flowed from before. @KQEDnews

The Agency that was asleep at the wheel and had allowed the spill was none other than DOGGR. Ted Goldberg, the editor for the local KQED News who uncovered the Kern County spill, said: “The agency that’s responsible for regulating this stuff has been criticized, basically, for doing not an aggressive job in general.”

When the news broke about the toxic mix of DOGGR’s conflicts of interests, a fracking boom, and polluted land, many people took to Twitter to vent frustration. Gladys Limon, Executive Director, California Environmental Justice Alliance, tweeted:

CA is at the center of a climate & health crisis, fueled by oil. Yet, while CA frontline communities pay the price, DOGGR @CalConservation profits. @GavinNewsom, your leadership is #OurLastChance: implement a just phase-out of fossil fuels. @janetwilson66 https://t.co/IOrUDMvhJD

To give Newsom credit, his swift response is a sign that the growing campaign calling for leadership towards a fossil-free California is gaining momentum. But now pressure is on him to transition the state off fossil fuels as soon as possible as well.

In announcing Harris’ sacking, his chief of staff, Ann O’Leary, wrote an email stating “The Governor has long held concerns about fracking and its impacts on Californians and our environment, and knows that ultimately California and our global partners will need to transition away from oil and gas extraction.”

The Last Chance Alliance, composed of more than 500 public-interest groups, is calling on Gov. Gavin Newsom to stop permitting for fossil fuel projects and commit to a just transition plan to phase out the state’s existing fossil fuel extraction, starting with wells within 2,500 feet of homes and schools.

Deborah Sivas, a Professor of Environmental Law at Stanford Law School and Director of the Stanford Environmental Law Clinic, wrote a comment piece in Sacramento Bee, arguing that “As he cleans house at DOGGR, the governor should direct his replacement team to implement health and safety buffers around vulnerable communities harmed by oil extraction, as the state science panel recommended more than four years ago. He should also begin phasing down production at declining oil fields statewide.”

And he should start the phase out now.

For more on the Last Chance Alliance, the campaign demanding that Newsom show bold leadership and commit to a just phase out of fossil fuels in California altogether, go here.