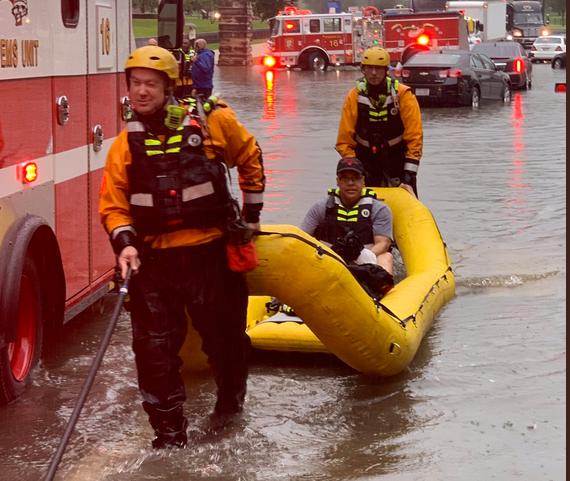 In an Orwellian speech later today, the Climate-Denier in Chief, Donald Trump is expected to “go on the offensive” against his critics and tout how much his Administration does for the environment.

Trump’s talk is entitled “America’s Environmental Leadership”, despite the fact that his Administration has pulled the U.S. out of the Paris Agreement, denies the climate crisis, promotes fossil fuels at all costs, and is gutting dozens upon dozens of environmental regulations.

Indeed, just last month, a New York Times analysis, based on research from Harvard Law School, Columbia Law School found 80 environmental rules and regulations “on the way out under Mr. Trump.” It is also now two years since the US pulled out of the UN Paris Climate agreement to widespread international condemnation.

Ironically at Trump’s side today will be EPA Administrator, and ex-coal lobbyist, Andrew Wheeler, who does not think climate change is the greatest threat facing humanity.

And in timing that is beyond ironic, as I write there is a “flash flood emergency” happening right now in Washington, DC.

3.3 inches of rain in ONE HOUR at Reagan National – DC's official observing site. This is astronomical rainfall intensity…. Today's rain is a record for the date, and – in just an hour – among the top 10 heaviest single day events in July on record back to 1871. https://t.co/i0JCYv7XKr

Twitter is alive which pictures of floods around DC. Indeed, at one point even the White House basement was beginning to flood.

The fact that extreme weather was happening hours before Trump was due to give his speech was not lost on Bill McKibben from 350.org:

Extreme weather like that being experienced by Washington, DC right now is no longer unusual. But many countries are already experiencing much worse and at an increasing frequency.

According to the UN, “climate disasters” are now happening at the rate of one a week, especially in the global south, such as Asia or Africa, where they get much less media attention.

Whereas it might take a bucket and a mop to clean up the White House basement, the cost of climate-related disasters is in excess of $500 billion a year, according to the UN.

Indeed, the figures of climate-related damage are becoming mind-boggling. Last week, the Washington Post reported that Moody’s Analytics has predicted that climate change could inflict $70 trillion in damages on the global economy by the year 2100.

Moody’s Analytics chief economist Mark Zandi told the Post that climate change was not  “a cliff event. It’s not a shock to the economy. It’s more like a corrosive,” which was “getting weightier with each passing year.”

And it is getting weightier every day with a climate denier in the White House, especially one who tries to spin the truth that the U.S. is now an environmental leader, and that America has never been cleaner or safer. All Trump has to do is look out of the window for his lies to unravel.