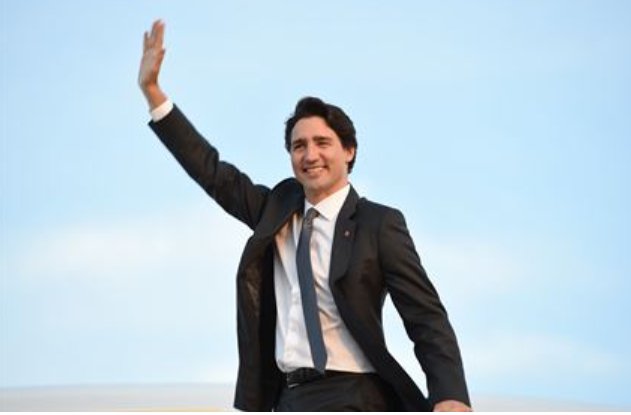 Even for a suave media-savvy politician like Justin Trudeau, the blatant hypocrisy was staggering.

On Monday night, the Canadian parliament passed a motion, which had been proposed by the Environment and Climate Change Minister, Catherine McKenna, rightly calling climate change a “real and urgent crisis, driven by human activity.”

The motion then called on the Canadian government to commit to making emission reduction targets in line with the UN Paris commitments.

They say 24 hours can be a long time in politics. But before the ink was even dry on the parliamentary motion calling for urgent climate action, yesterday Trudeau and his cabinet approved the highly controversial Trans Mountain Pipeline extension, known as TMX.

In approving the tar sands pipeline, Trudeau said: “We need to create wealth today so we can invest in the future. We need resources to invest in Canadians so they can take advantage of the opportunities generated by a rapidly changing economy, here at home and around the world.”

Trudeau may think he is investing in wealth, but he is also investing in climate disaster one day after declaring a climate emergency.

The pipeline, if it is ever approved, will transport nearly a million barrels of dirty tar sands oil from Alberta to the BC coast every day.

According to Oil Change International’s model of the North American pipeline and refinery system, the Trans Mountain pipeline expansion project would facilitate a major expansion of tar sands extraction – releasing as much as 130 million additional metric tons of CO2 per year.

In other words, this is equivalent to putting 28 million new cars on the road or operating 33 coal power stations. That is a huge amount of carbon.

Critics were rightly scathing in their response. Bronwen Tucker, from Oil Change International, said “Approving the TMX pipeline one day after declaring climate emergency is like signing a peace treaty and then immediately detonating a $9.3 billion bomb.”

Tucker added: “We know there is enough oil, gas, and coal in already-operating reserves to take us beyond safe limits of climate change, so we can’t afford to expand tar sands extraction any further.”

“But let’s be clear: today’s decision does not mean TMX will be built. There remains a wall of people-powered opposition to this project ready to fight this approval in the courts, in the streets, and at the ballot box. We know it’s past time for a just transition to a fossil-free future,” said Tucker.

The Coast Salish First Nations who have been leading the movement to #StopTMX vowed they would be challenging the approval in the Federal Court of Appeals, and their Protect the Inlet coalition launched a new movement hub to help channel resistance.

Other groups were equally critical of the decision and pointed to the many obstacles still facing the project. Patrick McCully, from the Rainforest Action Network, told CBC it was “stunningly hypocritical” of Trudeau’s Government.

McCully added: “This is like declaring war on cancer and then announcing a campaign to promote smoking. But this is far from a done deal. First Nations and Canadian environmentalists will continue to fight this project and their international allies will support them in whatever way they can.”

The #TransMountain decision was the wrong one for the climate and for endangered killer whales. Read our statement. https://t.co/ebstI4pvvE pic.twitter.com/JAmEdUyUvc

“Approving the Trans Mountain Pipeline is inconsistent with our government’s declaration of a climate emergency. Oil and gas emissions are the largest and fastest growing component of Canada’s emissions. If we are going to fight climate change in Canada, we need to face the fact that we can no longer expand fossil fuel production and infrastructure.”

To try and offer some sort of fig leaf of credibility, Trudeau had said the money the government made on the project would be reinvested into clean energy projects.

This was met with contempt it deserved too.

Green Party Leader Elizabeth May said the plan to invest profits from the dirty pipeline into clean technology was a “cynical bait-and-switch that would fool no one.”

She told CBC: “If you’re serious about fighting climate change, you invest public funds in renewable energy. You don’t invest them in a bitumen pipeline. And there’s no guarantee that this pipeline will ever turn a profit anyway.”