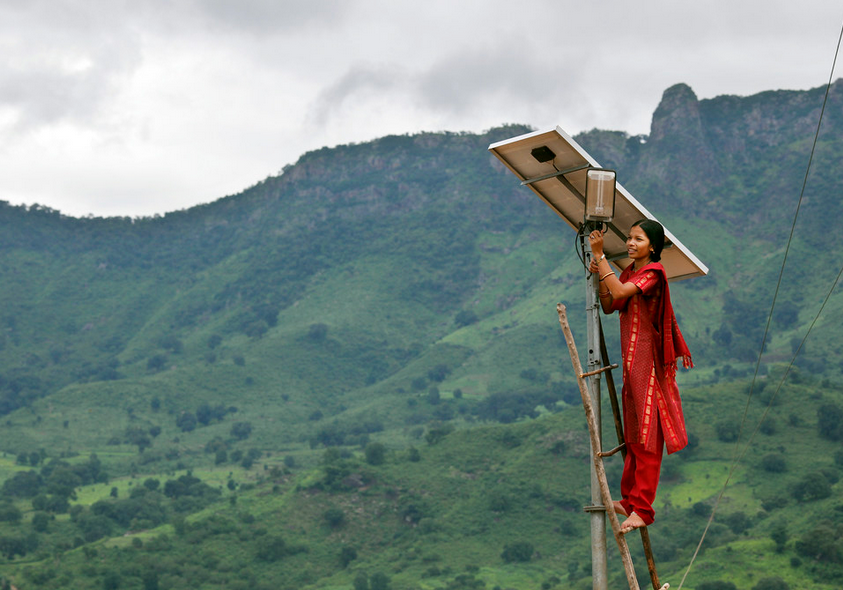 An influential British parliamentary committee has castigated the UK Government – which is paralysed by Brexit – for failing to respond adequately to the climate crisis as well as failing to reflect the urgency of that crisis in the way it funds development and climate-related projects abroad.

It also called on the Government to urgently move away from funding fossil fuels abroad and place climate change, as well as “climate justice,”  at the centre of any future development funding strategy.

Furthermore, even though it was outside its remit, the committee report also emphasizes that the shift away from fossils should not happen only in development finance, but also calls on UK Export Finance Agency to stop funding fossils, too.

Although the International Development Committee’s powerful report and recommendations do not mean the Government has to adopt them, it will add pressure on the Government to respond and act. Let’s hope there is not a deafening silence.

The committee warned that if the UK did not help address this urgently, we face a nightmarish future of “drought, flooding, displacement, hunger and disease.”

In blunt language not often used by parliamentarians, but reflecting the increasing urgency of the situation, the committee said: “The climate change crisis that the world is facing is huge–in scale, in intensity, in urgency … The severity of the situation cannot be overstated.”

“Climate change cuts across everything”, warned the MPs. “The effectiveness of all UK aid spending is dependent on whether the international community rapidly and effectively combats the causes and impacts of climate change.”

Despite the climate crisis, it is “highly disconcerting that there does not appear to be an active strategy underpinning the Government’s International Climate Finance spending.”

And that “It is further alarming that climate change does not appear to be fully integrated across other aid strategies. This is not the response that a crisis of such magnitude demands.”

And what is even more mind-boggling, incoherent and contradictory, is that the UK government is still prioritising fossil fuels abroad, too.

As the committee outlined, one of the research institutions to give evidence, The Grantham Research Institute similarly pointed out that climate change “only receives a brief mention under the sector priorities of ‘agriculture’ and ‘infrastructure, energy and urban development’, while ‘extractive industries’ including oil, gas and mining are highlighted as a priority sector for support with no mention of climate change considerations”.

Anther group to give evidence highlighted this total contradiction that the UK was spending the same amount funding fossil fuels as that on climate finance abroad: “the £4.8 billion total UKEF support for fossil fuel projects from 2010–16 is equal to the UK’s total spend on its International Climate Fund for a similar period, 2011–17, which came to £4.9 billion.”

The committee did not mix its words in its anger at the situation: “Currently, the support provided to the fossil fuel economy in developing countries by UK Export Finance is damaging the coherence of the Government’s approach to combating climate change and this needs to be urgently rectified.”

When the Committee asked the three Government Ministers responsible for the administering International Climate Finance (ICF) budget, whether the recent findings of the latest report from the Intergovernmental Panel on Climate Change (IPCC) on the impacts of a 1.5°C temperature rise were being taken on board, the response was predictably pathetic.

They told the committee that, whislt the IPCC report had increased “the focus and the urgency, in terms of the work that we are doing” and has “just amplified all of our ambitions and desire to go faster”, the committee reported that “it was difficult to tease out exactly what concrete changes, if any, had been made.”

Indeed, Claire Perry MP, the Minister of State for Energy and Clean Growth, Department for Business, Energy and Industrial Strategy said that “In terms of the [IPCC] report itself, I am not aware that we have particularly changed programme emphasis.” She then looked to her other Ministers to try and answer the question.

So despite the urgency of the science, nothing has changed in what the British Government actually does. This lack of up to date strategy for ICF was even deemed by the Government Minister’s to be “a problem”.

The committee outlines how this must rapidly change. Given the urgency and scale of the challenge, spending climate finance has to not only significantly greater be more than a “box-ticking exercise” and used to be transformative and strategically and funding that is based on the latest climate science. But there not only has to be more money, and more urgency but a realignment of priorities.

As the committee stated: “The concepts of ‘climate compatible development’ and ‘climate justice’ provide a helpful framing for guiding ICF spending towards both reducing poverty and addressing climate change. They should be more explicitly incorporated into programme design.”

The UK Government has to act both at home and abroad, and at the multilateral level, the UK should use its “influence” with Multilateral Development Banks “to champion more strongly a shift away from high-carbon investments and a scaling up of investments that are compatible with a 1.5°C world.”

Indeed, Oil Change International research has shown that many of these institutions continue to invest substantial finance in fossil fuel projects.

This has to change too.

It is imperative, says the committee “that the international community recognises the climate crisis and “steps up to the task,” especially as 2020 is a pivotal year for the Paris Agreement and for international efforts to limit the rise of average global temperatures.

To urgently change things around, the committee is recommending “that the Government designs and adopts a clear, robust strategy for spending climate finance.”

Stephen Twigg MP, Chair of the Committee, said: “We need radical action that places climate change front and centre of all aid spending and policy decisions, and dedicated financing to give it teeth.”

The UK Government report comes at a time when the European Investment Bank is consulting on the review of its energy lending policy, and is under pressure to stop funding fossils.