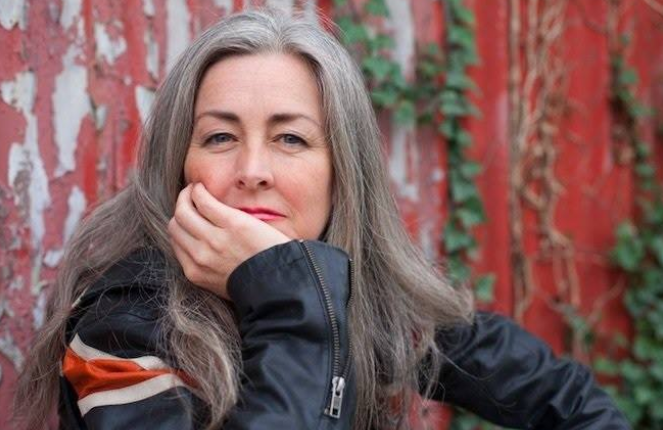 “Until we have a law to prosecute those who destroy the planet, corporations will never be called to account for their crimes”.

So wrote Polly Higgins, a lawyer and barrister, who for years campaigned for the concept of Ecocide, to become law.

For the last few months Higgins had been battling an extremely virulent form of cancer, a battle she tragically and sadly lost at the weekend. Fittingly, perhaps, her death was announced to the thousands taking part in the Extinction Rebellion protests in London demanding urgent climate action. In response, many activists vowed to continue her fight.

Polly originally trained as a barrister but having sold her house she passionately led a ten-year campaign for “Ecocide” to be recognised as a crime against humanity.

On her organisation’s website, Ecocide is described as  “loss or damage to, or destruction of ecosystem(s) of a given territory(ies), such that peaceful enjoyment by the inhabitants has been or will be severely diminished.”

Put simply, Ecocide is a law to protect the earth. It is the missing international crime of corporate and state sanctioned pollution, damage or destruction against our living natural world.

In a move to get Ecocide introduced alongside other international law, Polly had been campaigning for the International Criminal Court in the Hague to recognise Ecocide” as a crime against humanity, equivalent to  genocide and war crimes.

Back in 2011, Polly outlined more of her thinking:

Currently there is no law to prosecute those who are destroying the planet. Instead, climate campaigners do not have the support of the judiciary in preventing the corporate ecocide that is daily occurring under our very noses. Ecocide is permitted (as genocide was in Nazi Germany) by the government and, by dint of the global reach of modern-day transnational business, every government in the world.

She added: “Sixty years ago the tyranny was Nazism. Today it is pursuit of profit without moral compass or responsibility … It is the heads of the top corporations who gamble with the fate of our planet; those who produce and supply our energy are the most culpable of all.”

Slowly but surely, the legal cases against Big Oil have gathered a pace, including the recent one against Shell in the Netherlands launched in the last few weeks.

But the pace is not fast enough. In an interview with Desmog, before she was diagnosed with cancer, Polly stated: “There’s a growing recognition that a lot of campaigning is not getting us where we need to go, and just saying fossil fuel extraction should stop is not enough. It has to be criminalised.”

And one of the companies Higgins had in her sights was Shell, too.

Back in December last year, Higgins and others declared that “The Dutch Minister of Economic Affairs and Climate Policy Eric Wiebes, the CEO of Royal Dutch Shell, Ben van Beurden, and the CEO of Shell Netherlands, Marjan van Loon have been identified as principal suspects in an Independent Preliminary Examination into the potential crime of Climate Ecocide”.

They added: “For us to establish that Shell — and indeed a whole industry — has undertaken a modus operandi that constitutes an inhumane act, there are a number of elements that we have to satisfy legally, one of them being intent.”

The case led by Polly against Shell continues as well. After discovering she had cancer, Higgins told Guardian journalist, George Monbiot, that her work would go on, too. “My legal team will continue undeterred,” she said.

Indeed, it would be a fitting legacy for Polly that Ecocide became international law. And it should be called #Pollyslaw.

And it would be a fitting legacy for both Polly and the writer Ken Saro-Wiwa, who was murdered for his campaign against Shell in 1995, that the company was prosecuted and found guilty for crimes against the people of Nigeria as well as criminal negligance over climate change. Because #Shellknew.

As Ken Saro-Wiwa said just before his death in 1995 at his sham trial by the military: “I and my colleagues are not the only ones on trial. Shell is here on trial … There is no doubt in my mind that the crimes of the company’s dirty war against the Ogoni people will be punished.”

Shell and many other oil companies should be tried for Ecocide.