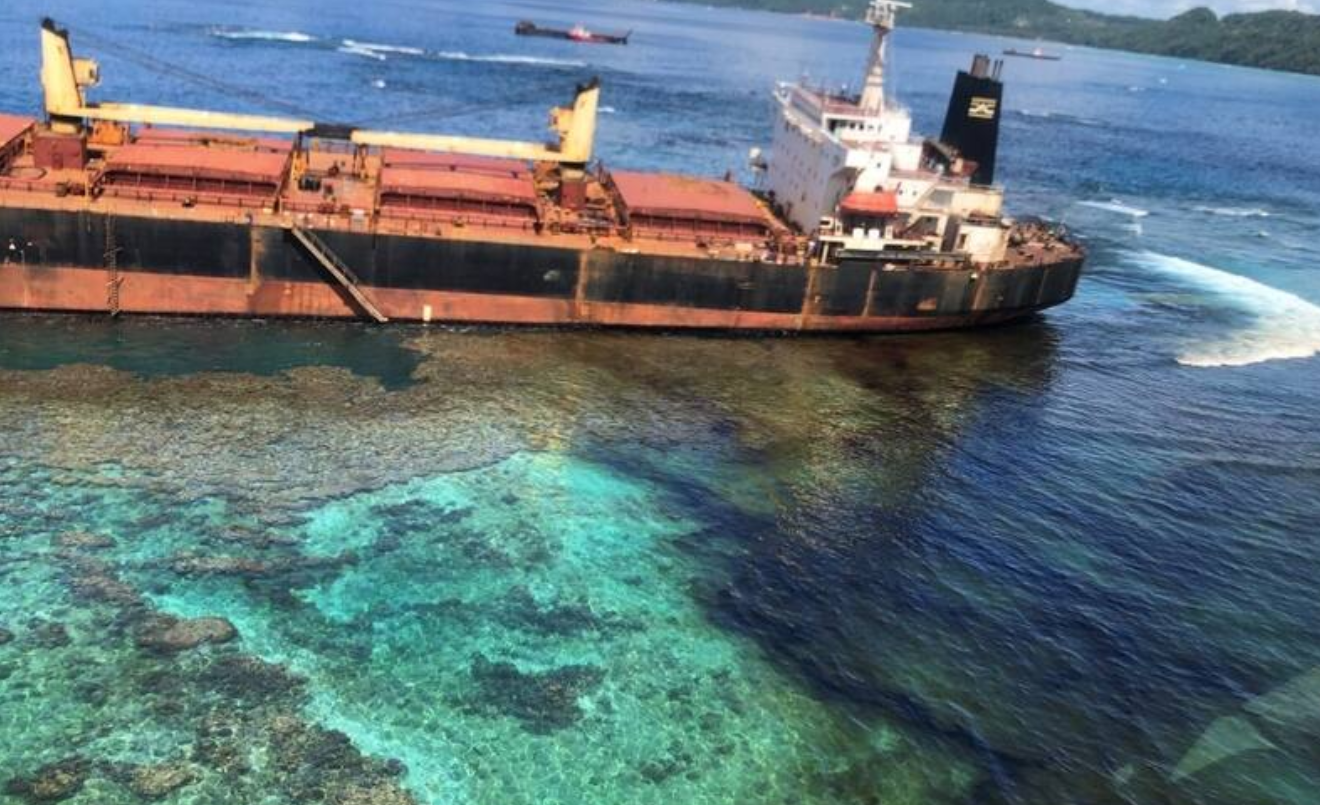 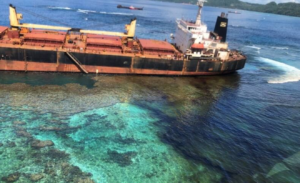 For the last month, an environmental crisis has slowly unfolded off the Solomon islands, after a bauxite bulk carrier ran aground and started leaking oil near a UNESCO World Heritage site.

The disaster started on February 5th, when the ship hit a reef carrying in excess of 700 metric tons of fuel oil near the remote Rennell Islands.

Last week, the Australian Government, which has been asked to help by the Solomon Islands,  “confirmed extensive oil leakage around the ship, which has begun to disperse across the surrounding sea and shoreline.”

The Australians, along with the Solomon Islands Government and New Zealand Government have been highly critical of the response to contain the oil spill, expressing “profound disappointment” of the “slow response” of the companies that own the ship. It basically took at a month before any action was taken to try and contain the leaking oil.

According to the Australian Government, the oil spill now spans more than six kilometres across the shore and is moving towards the adjacent World Heritage area.

At the end of last week, the Australian press was reporting that “Footage taken this week shows little progress has been made in stopping the flow of oil since the ship ran aground.”

International lawyer and Solomon Islands fisheries expert, Transform Aqorau, told ABC: “It’s the worst environmental man-made disaster and we have never experienced something like this”.

Australian officials have now started helping clean up the spill, but have warned that there was a risk of further contamination from hundreds of tons of fuel oil that remains on the ship.

Last week, the head of the Solomon Islands Disaster Management Office, Loti Yates, admitted that no efforts had yet been made to take the remaining oil off the stricken vessel, either.

He also talked about some of the impact of the spill. Yates said “There are dead fish and crabs and all that. The fumes that is coming out from the oil is also affecting communities and I just had a report it also impacting on the chicken and birds.”

Yesterday, local press reported that the nearby Marine Protected Area (MPA) at Lavangu Bay had been “completely destroyed by spilled oil from the wrecked MV Solomon Trader that runs aground inside the MPA boundary.”

Officials from Solomon Islands Maritime Authority (SIMA) told the paper, the Soloman Star, “One cannot see anything inside the MPA as the water turns black from the oil and kills all the marine life inside the protected area”.

Indeed, although the ship’s Hong Kong owner, King Trader Ltd, and the vessel’s South Korean insurer have “offered a sincere apology to the people of the Solomon Islands”, they are yet to admit liability.

Apologies are not enough. The clean up for the spill could cost $50 million. Not only should the bauxite company pay this, but international laws should force ship owners and their insurers to act far quicker than has just happened.

But international law also seems inadequate. Because the Solomon Islands is not a signatory of the International Convention for the Prevention of Pollution of Ships, it may not be able to force the insurer to pay for the clean up.