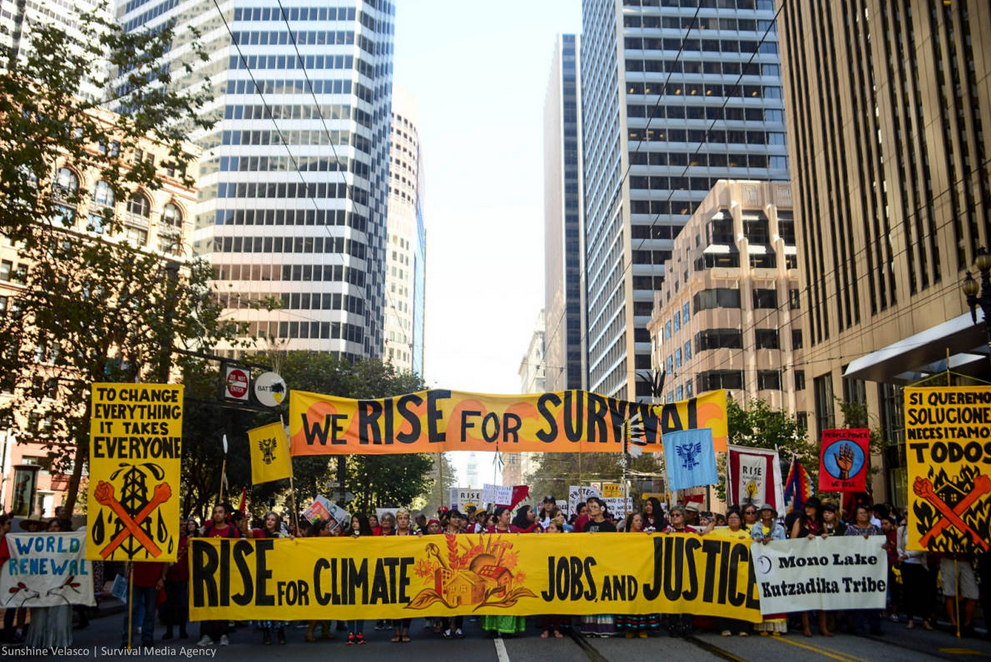 In a landmark special report, the Intergovernmental Panel on Climate Change (the world’s foremost climate science body), has today confirmed the urgency and importance of keeping us to 1.5 degrees Celsius of warming.

At around 1 degree of warming, the world is already experiencing the devastating impacts of climate change. 1.5 degrees would at least give us a chance at avoiding catastrophic tipping points, while “well below 2 degrees” is the less ambitious, higher-risk threshold.

This was one of the greatest achievements of the 2015 Paris Agreement: the hard fought ambition gains in global temperature limits. Limiting global warming to 2 degrees no longer cuts it. It no longer prevents climate breakdown. Paris redefined this goal, demanding efforts to limit warming to well below 2 degrees and pursue efforts to limit it to 1.5 degrees.

And for good reason, the science – made all the more clear today – shows the dramatic difference between 1.5 and 2 degrees for the planet as we know it. From a climate impacts perspective, half a degree is massive as shown in this excellent visual below from the World Resources Institute on the report.

Importantly, today’s report also shows that 1.5 degrees is possible. It will require a redefinition of climate leadership – where climate leaders finally recognize that tweaks to business as usual will not adequately address the problem. We need climate leaders who say no to fossil fuel expansion, and who put an immediate end to financing dirty oil, coal, and gas, and actively and ambitiously plan for a just transition and a managed decline of existing fossil fuel production. But don’t let anyone tell you that 1.5 degrees is not possible – in fact this report proves that if the will is found, there is a way.

We also need the climate leaders to stand up the global climate deniers, such as Donald Trump or Australia’s Prime Minister, Scott Morrison, who recently said that there was no money for “global climate conferences and all that nonsense.”

The global unprecedented effort will require transformational change in our energy systems and beyond.

While it was obvious before, faced with this report, champions of the Paris Agreement must face the urgent need to put an end to fossil fuel expansion:

These are just a few examples of the hypocrisy that so-called climate leaders must be confronted with. Of course, doing what it takes for 1.5 degrees will require action from everyone, everywhere, but as noted in the Lofoten Declaration, “it is the urgent responsibility and moral obligation of wealthy fossil fuel producers to lead in putting an end to fossil fuel development and to manage the decline of existing production.”

That isn’t to say there aren’t inspiring examples of leadership. To date, five countries (New Zealand, France, Costa Rica, Ireland, and Belize) are in various stages of legislating bans on new fossil fuel exploration and expansion, with many subnational jurisdictions doing the same. Even the World Bank has put an end to financing upstream fossil fuel production, adding to the more than $6.3 trillion in assets that have been divested from fossil fuels.

Beyond the scientific imperative provided by this report, governments and investors will also need the energy scenarios to help them get to 1.5 degrees, including ones that can serve as roadmaps to success from energy authorities like the International Energy Agency (in its reaction to the special report, the World Coal Association pointed to the IEA as justification for the need for continued coal production). Governments and investors should demand a Paris compliant scenario from the IEA as soon as possible to inform decisionmaking.

The alarm bells for climate have been ringing for decades, but as we come face-to-face with the horrific impacts scientists warned of, the excuses for inaction really are up. Now more than ever, the movements that have been built will need to work together to demand a just and equitable transformation to the safe and clean energy future we need.