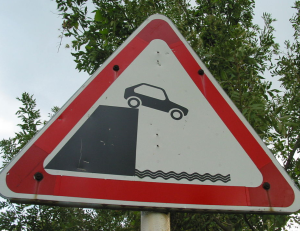 At the end of July, as the American wildfires began to take hold in California, British oil giant BP made its biggest financial deal in nearly twenty years.

In retrospect it would have been hugely symbolic if one of the largest oil companies in the world, BP, which had so badly devastated the Gulf of Mexico eight years earlier with the Deepwater Horizon spill, had taken this moment to say it was investing in renewables.

All you had to do was look at the flames burning – and listen to the experts saying this was climate change in action –  to know that urgent action was needed.

But BP did not do that. As Reuters reported, BP agreed to buy U.S. “shale oil and gas assets from global miner BHP Billiton for $10.5 billion, expanding the British oil major’s footprint in some of the nation’s most productive oil basins”.

That’s a whopping $10 billion invested in more climate failure. BP Chief Executive, Bob Dudley, said in a statement: “This is a transformational acquisition for our (onshore U.S.) business, a major step in delivering our upstream strategy and a world-class addition to BP’s distinctive portfolio.”

Dudley told analysts in July: “I can’t remember when it has looked this good,” referring to the growth opportunities he saw for BP over the coming decade.

What is a “world class” reserve of oil to BP, is “world destroying” to everyone else. It may look good to Bob Dudley, as long as he doesn’t look at the news regarding soaring temperatures and wildfires ripping parts of California to burnt shreds.

Remember this is the company that promised to go “beyond petroleum” nearly twenty years ago. But still it just keeps on drilling.

It is not as if BP doesn’t know the financial penalties of reckless oil exploitation: it is still paying off some $66 billion nearly in penalties and clean-up costs, related to the Deepwater Horizon disaster in 2010.

There are other warning signs too. As Reuters expands: “The sale ends a disastrous seven-year foray by BHP into shale on which the company effectively blew up $19 billion of shareholders’ funds. Together, that is $85 billion of funds destroyed by investing in oil and gas.

Even the FT noted that : “The poor record of international companies in making successful acquisitions in US shale is a reason for investors to be wary.”

Not content with burning $85 billion, they want to risk another $80 billion. As a recent report from Wood Mackenzie outlined this week, the industry is also about to splurge another $80 billion on upcoming mega projects in LNG development in Mozambique, the Arctic, Papua New Guinea, and Canada, and oil projects in Nigeria, Brazil, the Gulf of Mexico, Senegal, and the North Sea, as well as the Caspian, and Uganda

The oil industry carries on burning money, oblivious that they are driving us all over a “climate cliff”. Since BP’s announcement, new scientific research about the dangers of positive feedbacks on climate change, which I blogged about here, and published in the Proceedings of the National Academy of Sciences, has received huge media attention. And rightly so.

As Dr. John Abraham, a professor of thermal sciences at the University of St. Thomas in the US, noted two days ago in the Guardian, “The problem is, humans collectively are not doing enough … There still is time to avoid the worst impacts of climate change. But, it is far too late to avoid all climate change – it is already here. What we are hoping for now is enough wisdom and will to at least stop short of going off these cliffs.”

The oil industry is full of very well-paid people who should understand the science and risks of climate change. They may be rich, but they do not seem to be wise. They drive blinkered towards the cliff.