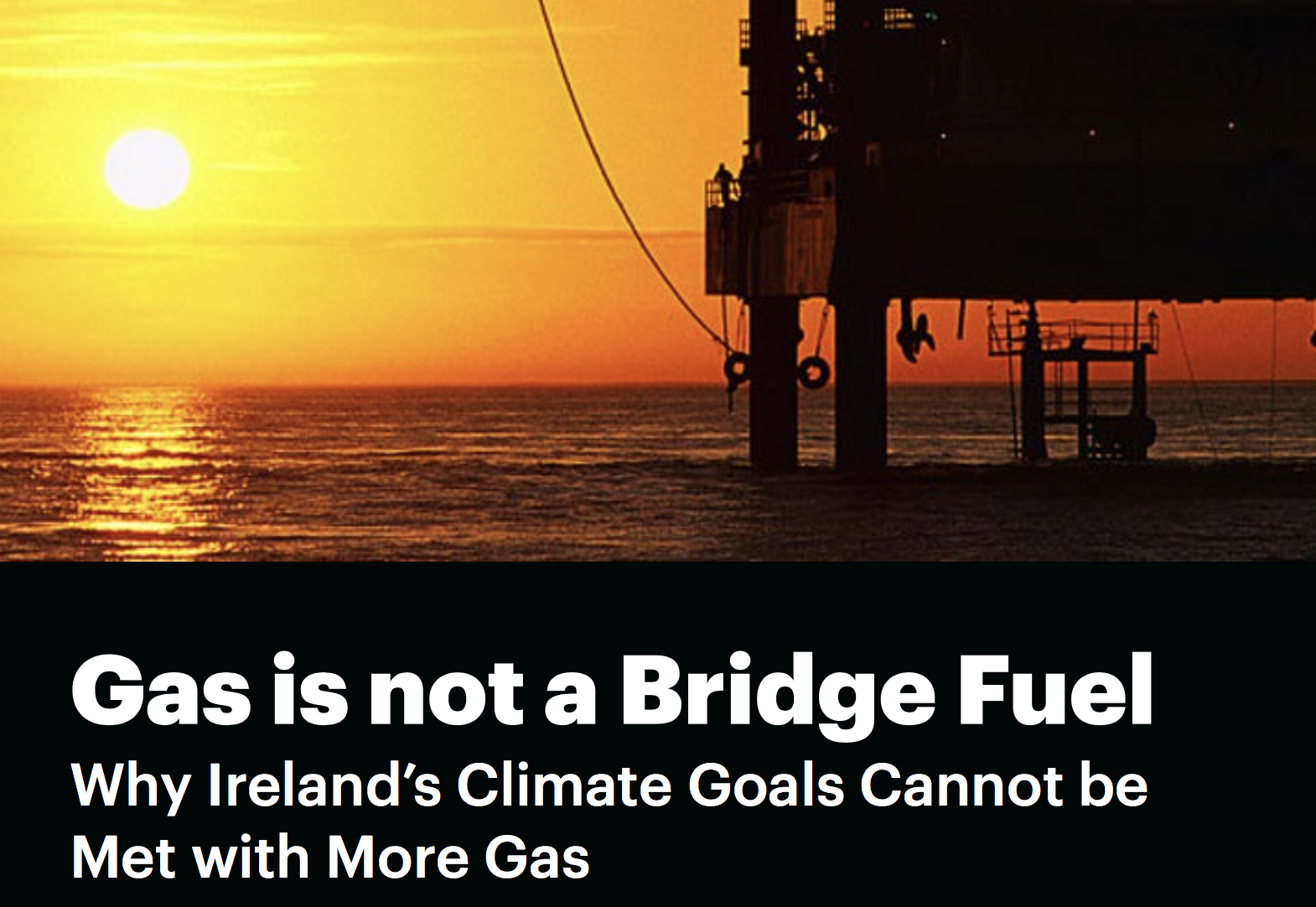 The world is not yet on course for achieving the goals of the Paris Agreement on climate change, to keep average warming well below 2 degrees Celsius above pre-industrial levels and to pursue efforts to limit it to 1.5 degrees Celsius.

Ireland is also off track – the country is set to miss both its short-term targets in EU legislation, and its long-term target of reducing energy sector emissions by 80 to 95 percent by 2050, compared to 1990 levels. Expanded gas extraction will make it more difficult to achieve these goals, and must be avoided.

This report focuses on fossil gas development and debunking the myth of fossil gas as a clean transition fuel. It outlines five reasons that gas cannot be a part of the energy transition: