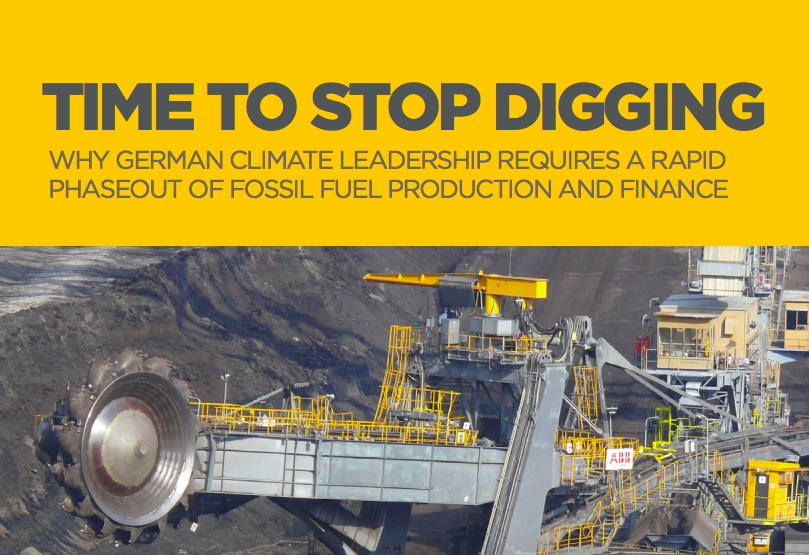 Oil Change International along with partners is releasing a new report entitled, Time to Stop Digging: Why Germany’s Climate Leadership Requires a Rapid Phaseout of Fossil Fuel Production and Finance.

This report, one of a series of national briefings following our global Sky’s Limit analysis, articulates how and why Germany is falling short of climate leadership and what actions must be taken to change that.

Highlights of the key findings of the report include: