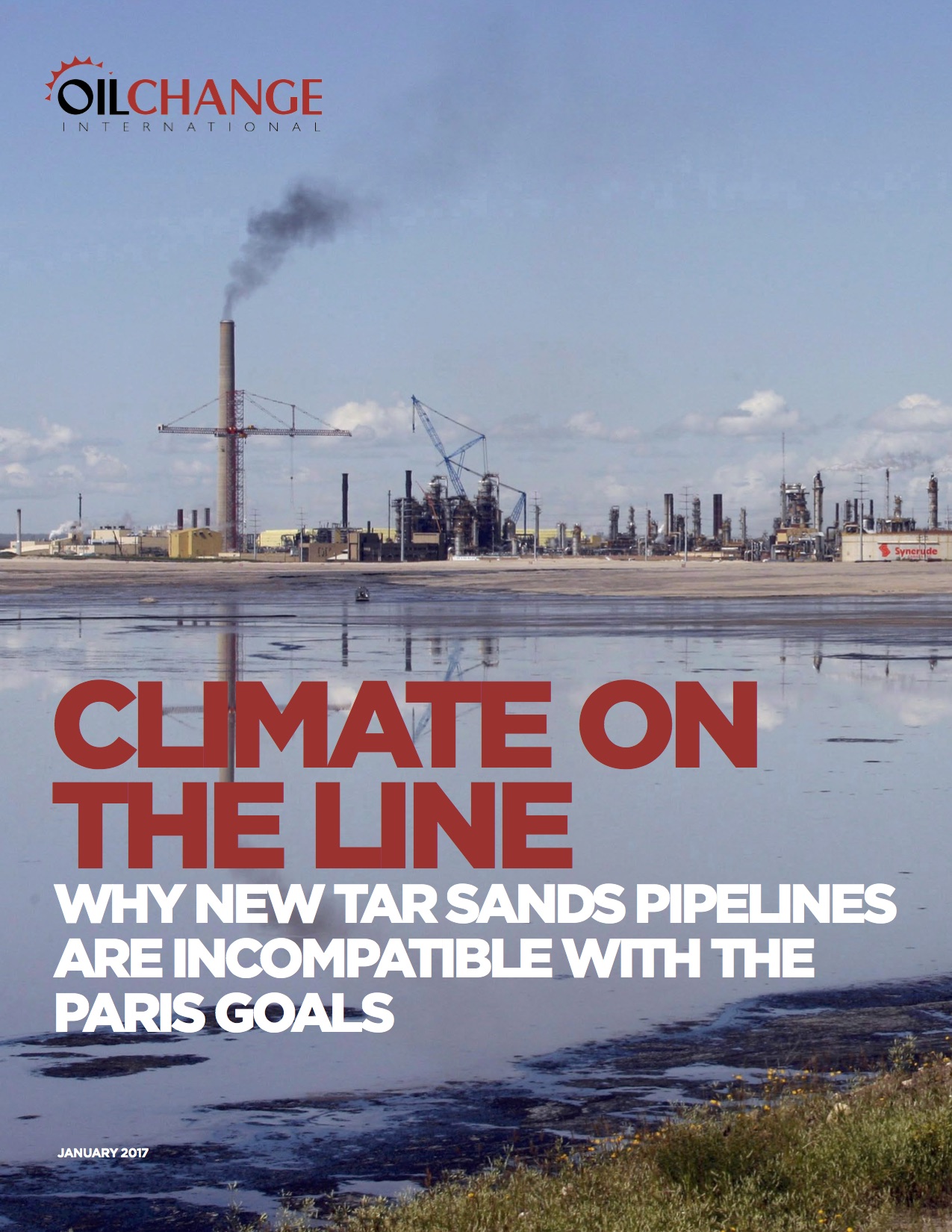 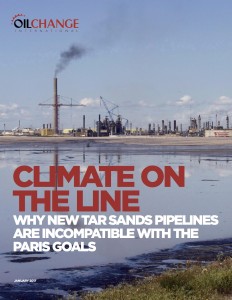 Climate on the Line: Why new tar sands pipelines are incompatible with the Paris goals

New analysis finds that Canada will be the world’s second highest contributor of new oil production globally over the next twenty years if action isn’t taken to halt new tar sands pipelines and production growth. Once extracted, much of this oil will be burned, pushing global temperature limits over the brink.

Cumulative emissions from producing and burning Canadian oil would use up 16% of the world’s carbon budget to keep temperatures below 1.5 degrees, or 7% of the budget for 2 degrees. Canada has less than 0.5% of the world’s population.

Scientists have found that to have a likely (2 in 3) chance of keeping warming below 2°C, global emissions must be halved within little more than 20 years. To keep warming to 1.5°C, emissions must be halved in about 15 years. New pipelines and tar sands projects are designed to last 40 to 50 years. It’s extremely difficult to shut down projects early, once investments have been made.

There’s no credible pathway to achieving the Paris goals if Canada expands fossil fuel production to the levels that are forecasted.