The Dirty Energy Money Cycle: Fighting the Influence of the Fossil Fuel Industry 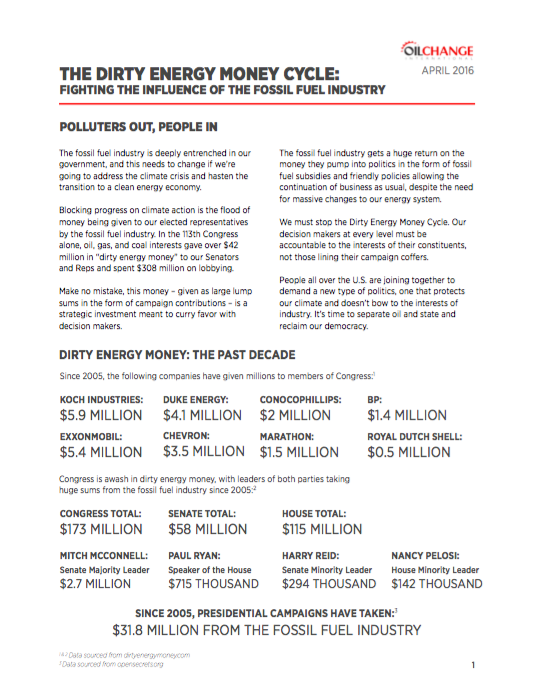 We have a problem. Money from the fossil fuel industry is flooding our democracy and it’s derailing climate action. In the 113th Congress alone, oil, gas, and coal interests gave over $42 million in “dirty energy money” to our Senators and Representatives – and spent $308 million on lobbying.

Since 2005, the fossil fuel industry’s combined lobbying and campaign contribution total comes to a staggering $1.7 billion.

Make no mistake, these campaign contributions and lobbying dollars are strategic investments meant to curry favor with decision makers.

The fossil fuel industry gets a huge return on the money it pumps into politics in the form of fossil fuel subsidies and friendly policies allowing the continuation of business as usual, despite the need for massive changes to our energy system.

This factsheet shines a light on the millions in campaign contributions made to our elected officials over the past 10 years and the billions in fossil fuel subsidies the industry gets in return.