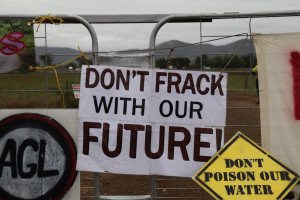 Living close to a shale gas well affects the price of your house, according to new research published in the American Economic Review, one of the country’s oldest and most respected economic journals.

Researchers examined property data from Pennsylvania, one of the fracking hotspots in the US and found that property values could be negatively affected by up to 14 per cent or an annual average loss of $30,000.

However, for some properties there was a small positive benefit, due to householders receiving royalty payments from shale gas operators.

The major factor on whether property was affected was proximity to the fracking well and whether people’s water supply was from groundwater, where there is a risk of contamination, or from a municipal supplier, where the risk to water should in theory be less.

The researchers argued that the effects of being close to shale gas extraction “can be positive, such as in the case that the property owner receives royalty or other lease payments from the gas company for the natural gas extracted from their property, or negative, given perceived impacts of groundwater contamination, noise, light, and air pollution, or the alteration of the local landscape.”

The worst negatively affected houses were those located close to the fracking well, with “groundwater-dependent homes” the worst off, due to the risk of contamination from fracking.

The closer you go to a shale gas well, the more negative the impact.

They outlined their reasoning as why property values were affected: “As groundwater contamination can cause severe economic hardship on homes without access to piped water, the perception that a nearby shale gas well will cause irreversible harm to an aquifer can have significant effects on nearby property values.”

The found that “the costs of groundwater contamination risk are large and significant (ranging from -9.9  percent to -16.5 percent), suggesting that there could be large gains to the housing market from regulations that reduce the risk”.

“Furthermore” they warn, “it is important to keep in mind that our estimates do not fully capture the total costs associated with groundwater contamination risk.”

In contrast for homes on a central water supply, there could be a small net benefit to house prices due to the royalty payments that homeowners get from natural gas production.

However, the academics noted: “Recently drilled wells (i.e., drilled within the past year) do not contribute to this benefit, providing evidence that the drilling and hydraulic fracturing stages of shale gas development are the most disruptive.”

In conclusion, they argue that: “Using a variety of empirical methodologies, we demonstrate that the risk of groundwater contamination negatively affects house values in the 1–1.5 km range.”

This includes a “statistically significant” drop of 13.9 percent for groundwater-dependent homes, which equates to an average annual loss within 1.5 km of a well to be $30,167.

In contrast, they concluded that for piped-water properties the average annual gain within 1.5 km of a shale gas well was $4,802.

“Regardless of whether water contamination is happening, the perception that it might be happening is enough to have large effects on property values,” argues Lucija Muehlenbachs, one of the study’s three authors.

She adds: “The results of the study demonstrated that groundwater contamination risk is calculated into the value of homes that are located near shale gas wells which negatively affects the homeowners by lowering their property value.”