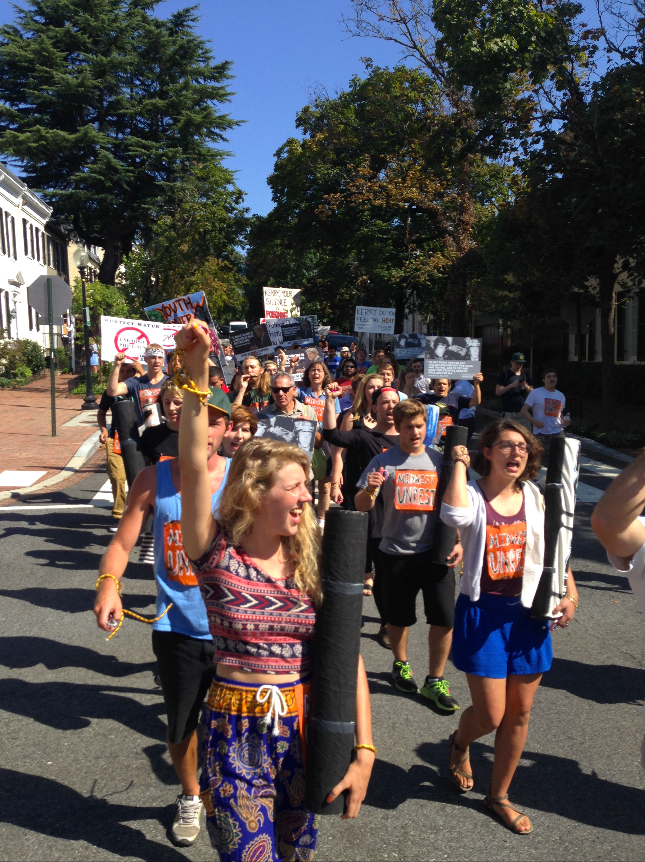 On Tuesday, I joined over 100 new and old friends as we took to the street outside Secretary Kerry’s house in Washington, DC. By the end of the day, over 20 young people had been arrested for locking down and refusing the leave Kerry’s porch.

The action, called Midwest Unrest, was an important moment in the ongoing campaign to stop the Alberta Clipper pipeline expansion. For many, a lot of attention has been focused on Keystone XL, but it’s not the only cross-border tar sands pipeline project being pushed by Big Oil.

Enbridge, the same company responsible for the largest inland oil spill in US history, is trying to dramatically expand their Alberta Clipper pipeline. But, in an attempt to circumvent the normal environmental review process, Enbridge has concocted what many say is an illegal scheme to allow it to complete the expansion without any new permits.

What makes Enbridge’s plan particularly scary is that a devastating tar sands spill isn’t some abstract risk. In 2010, another of Enbridge’s pipelines ruptured spilling over 1 million gallons of tar sands into the Kalamazoo River.

Rightfully, people around the Midwest are furious that the State Department is allowing Enbridge to move forward – which is why a group of young people launched Midwest Unrest and bused people from across the Midwest to Secretary Kerry’s front door. The timing of the action couldn’t be better with a court case against the expansion reaching federal court in the next few weeks.

Tuesday’s action kicked off with a rally where a young representative from Honor the Earth spoke about the importance of wild rice in his culture and the risk it faces if this pipeline is built. Another young person from Kalamazoo spoke about the lasting damage Enbridge has done to her her community. 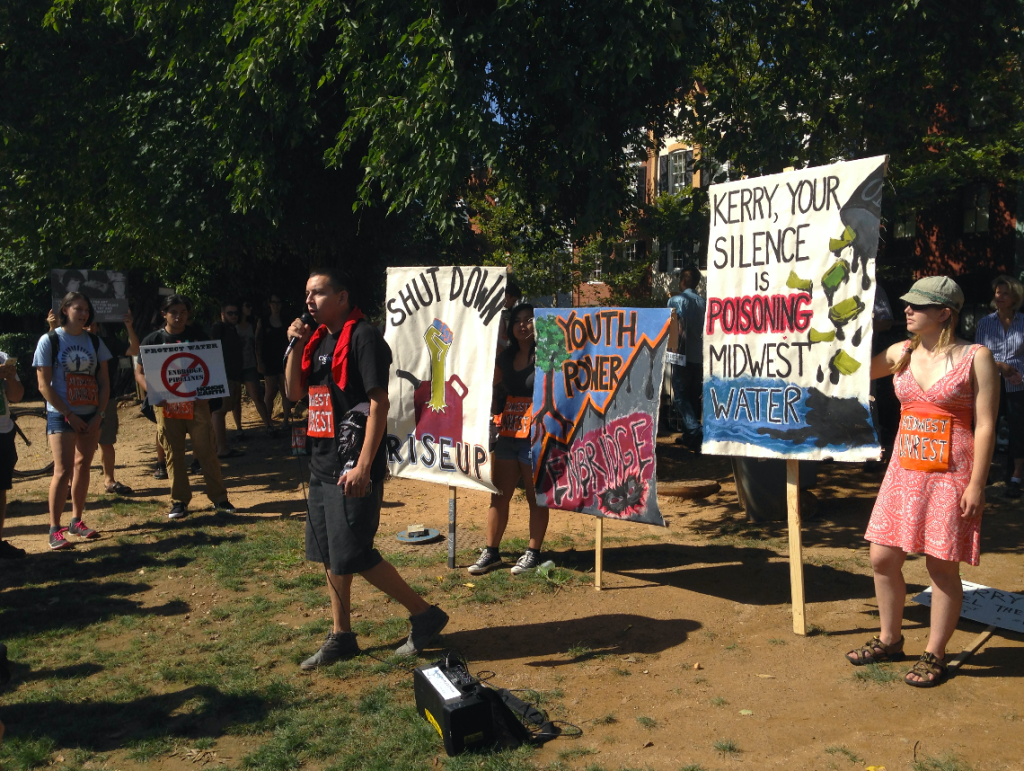 From there, over 100 people took to the street and marched from a nearby park to Secretary Kerry’s front door. Unsurprisingly, the police were there with fencing surrounding the area, but 22 brave individuals who had travelled from Minnesota, Michigan, Wisconsin, and Illinois climbed over the fence and refused to leave until Kerry put a stop to Enbridge’s plan. 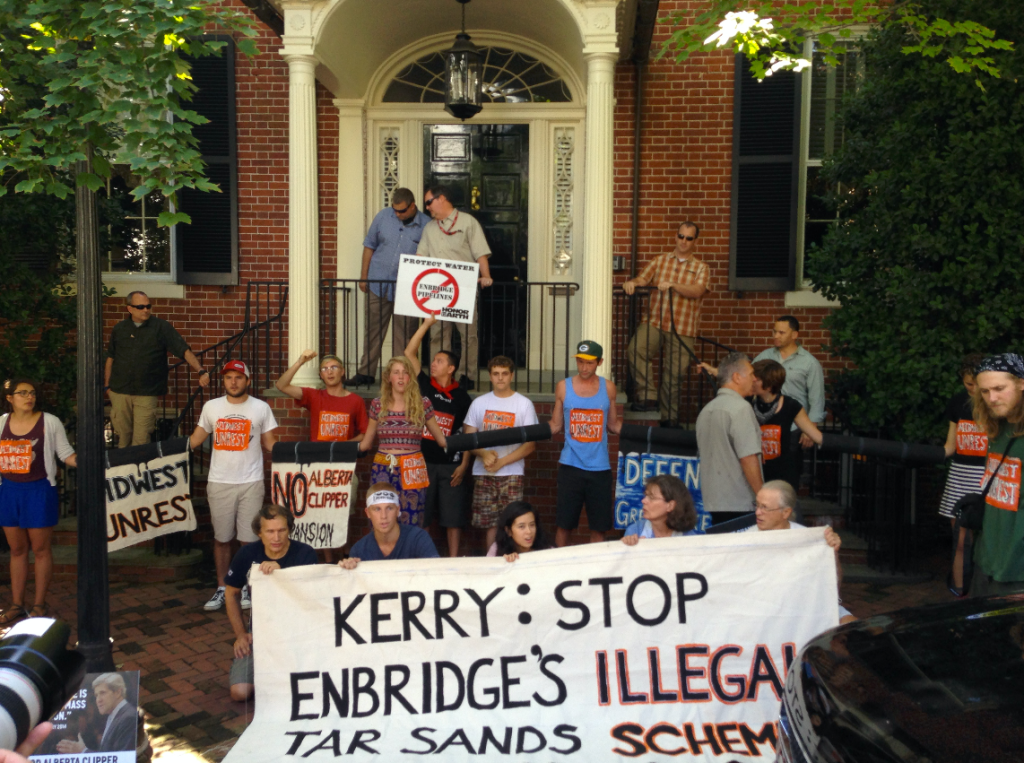 While our friends were locked down, the rest of us celebrated, chanted, and sang in the street. The action lasted a full 5 hours before arrests were made and the crowd dispersed by police.

What I find particularly inspiring about the action, aside from it being a brilliant youth-led escalation in tactics, is the commitment to climate justice I see building all around the country. The commitment everyday people are making to fight the fossil fuel industry and protect their communities from extractive industries.

Right now, surrounding the 10-year commemoration of Hurricanes Katrina and Rita communities affected by those disasters are rising up, many under the banner of Gulf South Rising. Local and regional power is building all around the country in a way that makes me believe change is not only possible, but inevitable.

We’re going to rise up and fight with everything we’ve got to protect those we love from an industry hellbent on digging up every last drop of oil.

This fight is far from over.