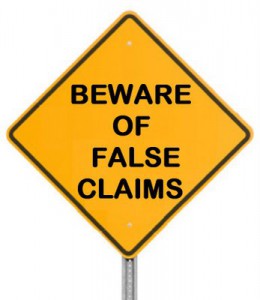 IHS, a consultancy with a large oil and gas industry customer base, published today a predictable and hollow attempt to rebut some key arguments of Keystone opponents. The report claims to show that most of the tar sands oil that would be delivered by Keystone XL would stay in the United States.

Environmental organizations have challenged that claim time and again and this report has done nothing to change our position. First, the report claims that crude-by-rail shipments out of Canada averaged 200,000 barrels per day in 2014 and that most of that went to the Gulf Coast. IHS offers no data to back this up perhaps because the data that exists on the issue, (ahem), doesn’t back it up.

Canada’s National Energy Board (NEB) publishes figures on Canada’s crude-by-rail exports.  The data so far only goes to the third quarter (Q3) and averages 170,000 bpd  for those first nine months of the year. Q4 numbers are unlikely to have brought that up to 200,000 bpd, especially since the crashing crude oil price in the latter part of the year put a damper on rail, the more expensive method of transport.

But let’s not quibble over 20,000 bpd, a mere 10% or so exaggeration. What about the fact that only about half of what did go on rail from Canada was tar sands and the bulk of that went to the east coast not the Gulf Coast? Suddenly it seems we have only about 50,000 to 60,000 bpd of actual tar sands going to the Gulf Coast by rail in 2014, a mere 7% of KXL capacity at best, and what did go did not make any money for traders.

Second, IHS argues that tar sands crude would not be exported as crude from the Gulf Coast because the Gulf Coast is a premium market for crude so prices are higher there than elsewhere and it would not make sense to pay for shipping from there to another market.  This ignores the fact that the Gulf Coast is flooded with crude nowadays and prices have in fact been trending below international prices for the last couple of years.  We have often pointed out that under certain conditions, for example when competition from Latin American heavy crudes forces the price of heavy crude down, then Canadian producers who have already shipped their crude to the coast because they have limited options would look further afield to get a better price.

Lastly, IHS states that only a third of USGC refined products are exported and this would not change with more Canadian crude. They therefore claim that ‘most’ of the products refined from the KXL crude would stay in the United States. But what they failed to point out is that the pipeline would serve a very specific set of refineries within the Gulf Coast refining market, not the entire market (known as PADD 3). These refineries in east Houston, Port Arthur, Texas and Lake Charles, Louisiana export more than 50% of their products. Their location next to deep water berths, and their product slate that is configured for popular export products such as diesel and petcoke, mean they lead the booming refined products export market in the US Gulf Coast in a way that refineries farther east and inland do not.

While Keystone XL will not change the export orientation of those refineries (the one part of this IHS appears to have gotten right), we have always argued that the pipeline does not enhance U.S. energy security precisely because it serves these export oriented refineries.  For that reason, the communities along the pipeline’s route should all the more not have to bear the risk of catastrophic bitumen spills when there is no discernible reward for U.S. energy security. It’s time to stop manipulating the facts in order to push through a pipeline the United States and the world does not need. Rejecting the pipeline is the obvious decision.