The UNFCCC climate talks are nearing the final hours in Lima, Peru and one of the major sticking points is climate finance. Well, we’re here to tell governments there’s plenty of money available if they look in the right place. 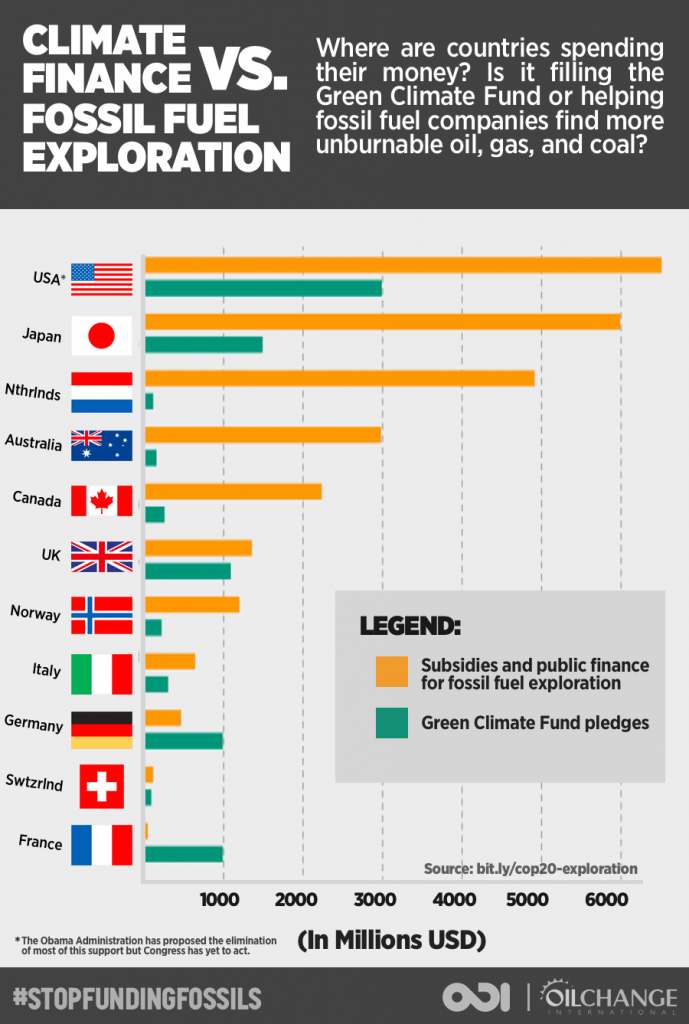 Turns out rich countries are spending nearly 3 times as much to support the exploration for new fossil fuel reserves, with combined support for such activities at $26.6 billion annually.

You read that right. Coming on the heels of scientific report after report telling the world that there are already some 5 times more existing fossil fuel reserves than we can afford to burn, rich countries are spending billions to support making those reserves even larger, and making the carbon bubble even bigger.

Public support for fossil fuels not only goes against basic climate science, it is a waste of public money that could go towards the critical task of helping all of us climb out of our climate hole. It’s far past time countries stopped funding fossils. An obvious starting point would be to stop making our climate hole bigger by financing exploration for new fossil fuels.

You can read more about our analysis here: bit.ly/cop20-exploration