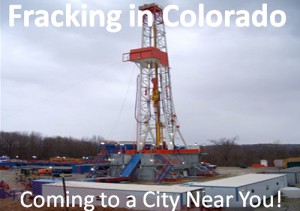 Just when fracking was due to take centre stage in Colorado’s November elections, two of the State’s top Democrats have agreed to a compromise deal, which you could argue will leave Colorado’s communities unprotected on the front-line of the fracking boom.

The deal means that a pair of controversial anti-fracking ballots, which the party feared would undermine its chances in the November Senate elections, have now been dropped.  The Colorado race is seen as important nationally as it might determine overall control of the Senate.

There there was massive pressure to drop the anti-fracking ballots.  So, despite spending millions of dollars of his own money on the two anti-fracking initiatives, Democratic Rep. Jared Polis, seen as a rising star in the Party, has now agreed to drop the ballots.

Polis, who once said he would become an “anti-fracking poster boy”, had planned to submit over 200,000 signatures for the initiatives to make it onto the ballot in November. That plan has now been dropped.

One of these ballots would have banned fracking from 2,000 feet from schools, hospitals and other community facilities, as well as establishing an “environmental bill of rights” giving local governments more control over fracking projects.

“People are worried about their health, their family’s health, water and surface spills,” Polis had said. “The jobs this is costing, the damage to our economy, the damage to the quality of life, continues every day that we don’t have sensible regulations.”

The need for action was highlighted last week after the Denver Post found that “Colorado has seen nearly as many spills so far this year as were recorded in all of 2013 …Oil and gas spills are happening more often in Colorado — at a rate of two a day this year — and usually without anyone telling residents.”

But now it seems that Polis has put party politics before the health of Colorado’s communities. He has agreed to support a compromise plan from Governor John Hickenlooper to set up a Commission to advise the state on how to address residents’ concerns about the rampant fracking boom.

In a remarkable turnaround, Polis said the governor’s announcement of a Commission was “truly a victory for the people of Colorado and the movement to enact sensible protections and safeguards around fracking.”

An indication of Polis’s climb-down is that the industry’s public relations organisation, the American Petroleum Institute, also welcomed the proposed Commission as the right way forward.

But the compromise deal means that the prospect of a pro-industry fracking counter ballots, which included stopping towns which had banned fracking from receiving oil and gas revenues, should also now be removed.

The pro-fracking Republicans, who have close historical financial ties to the oil and gas industry, have also long opposed Polis’s plans. One Republican challenger for November said that Polis “should have dropped these destructive initiatives long ago.”

Despite the deal between Polis and Hickenlooper, the green group responsible for gathering the signatures, Coloradans for Safe and Clean Energy, said it would not formally withdraw the measure until the industry counter-measures were dropped too.

The groups have until later today to formally withdraw their anti-fracking and pro-industry initiatives.

Postscript: Read more about the Colorado fracking fight in our Subsidy Spotlight.