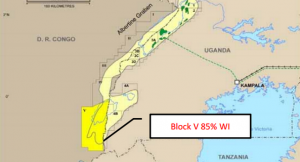 It has all the ingredients for an international blockbuster novel: The stunning setting of Africa’s oldest National park, home to half of all the species on the African continent, including one if its most endangered and iconic animals, the Mountain Gorilla.

Throw in a Park Ranger, who is a related to Belgian Royalty who is fighting a British oil company from drilling in the Park, and the fact that in April he was ambushed and shot by unknown assailants, and you have all the ingredients of a gripping novel.

But this is fact. In April this year, Emmanuel de Merode, the chief ranger of the Virunga National Park in the troubled eastern part of the Democratic Republic of the Congo (DRC), was shot.

Having worked for the DRC government since 2008, de Merode is linked to Belgian royalty and is officially a Prince. His father-in-law, is Richard Leakey, the world famous Kenyan paleoanthropologist.

By all accounts de Merode had many enemies from poachers, illegal charcoal harvesters and the local militia. But de Merode was also a long standing critic of London-based Soco International which has been conducting oil exploration inside the park in an area known as Block V (see map).

In 2010, Soco signed a contract with the DRC government which gave it access to a whopping 50 per cent of the park, amounting to some 1,500 square miles, including large swathes of Lake Edward.

In April, when driving home de Merode was ambushed and shot, although not killed.

Other anti-oil activists have also been sent threatening messages, including one stating “we are determined to wipe you out if you continue to keep us from this oil.” Activists from the conservation group, WWF, which has been fighting the oil company have also been threatened.

It should be said that Soco has vigorously denied any link to the attack or the threats.

What we do know is that the attack on de Merode coincides with the beginning of oil exploration. Last month Soco started undertaking seismic activity along the lake, which had many of the local fishermen worried.

In a recent article in National Geographic on the issue, freelance journalist Jon Rosen quoted Roger Cagle, Soco’s deputy CEO, as saying the small exploration company focusses on exploring in “places that are not overcrowded or overpriced.”

“In this business, the odds are generally not in your favor,” he told Rosen. “But if you’re successful, the payoff can be big.”

But the payoff does not always come off. In what is being described as one of the greatest victories for conservationists in recent years, Soco has announced it will stop exploring for oil in the Virunga.

The decision comes after massive pressure by WWF and legal mediation in London last week with the conservation group. In October 2013, WWF had filed a complaint against Soco under the Organisation for Economic Co-operation and Development’s Guidelines for Multinational Enterprises.

In a joint statement with WWF, the company said: “Soco has agreed with WWF to commit not to undertake or commission any exploratory or other drilling within Virunga national park unless Unesco and the DRC government agree that such activities are not incompatible with its world heritage status.”

Raymond Lumbuenamo, Country Director of WWF-DRC responded by saying that “If free from the threat of oil, Virunga can be a continuing source of hope for the people of DRC. As in other African countries, with proper investment, this park can become a leading economic driver for its communities”.