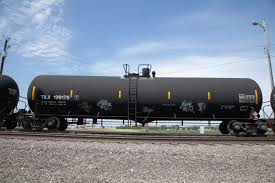 The mayor of Albany, the capital city of New York State, has become the latest elected official of a major American city to demand that the Federal government increase the regulatory oversight of crude by rail trains.

Albany’s mayor Kathy Sheehan has now joined the mayors of Chicago, Philadelphia, Kansas City and Madison, amongst others, to put pressure on the government after the long string of recent accidents in North America.

The mayors are asking Congress to impose new railcar safety standards and introduce a whole host of other measures to make America’s rail roads safer. This includes the federal government establishing an accident liability fund, by imposing a financial fee on each shipment.

They have sent a letter to the Senate subcommittee on Surface and Merchant Marine Infrastructure Safety and Security arguing that they “are deeply concerned with the safety of those who live, work and travel in our communities. ”

The worrying point for regulators is that  while they are failing public safety by only taking minimal measures on rail car safety, the groundswell of local action and concern could pose a real threat to crude by rail expansion.

And this is why Albany is so important. Last week, the state imposed a moratorium on the expansion of crude oil processing at the strategically important Hudson River Port. This has become a major hub for rail shipments of the extremely volatile North Dakota crude to America’s coastal refineries.

With the growing number of accidents across the North American rail network, (see previous blogs here, here, here, here and here) there has been increasing evidence that Bakken crude is more flammable than other crudes. If expansion is stopped it could impact the growth of both the Bakken tight oil as well as Canada’s tar sands.

The order requires that authorities undertake a health and environmental impact study before facilities to heat rail cars to liquefy tar sands crude so it can be pumped out of tank cars can be built. The company which wants to install the facilities,  Global Partners, has recently doubled the amount of volatile Bakken crude oil through the terminal since acquiring a permit in November 2012. Hundreds of tanks now rattle through the heart of the city on a daily basis. But its plan to move tar sands crude through the terminal is now being challenged.

This is because local residents and activists are taking action. “Big Oil is accustomed to getting its way, and today’s action could be the first of its kind in the country which signals to the industry they cannot ride roughshod over our communities without consequence,” Peter Iwanowicz, the Environmental Advocates Executive Director, told the Associated Press.