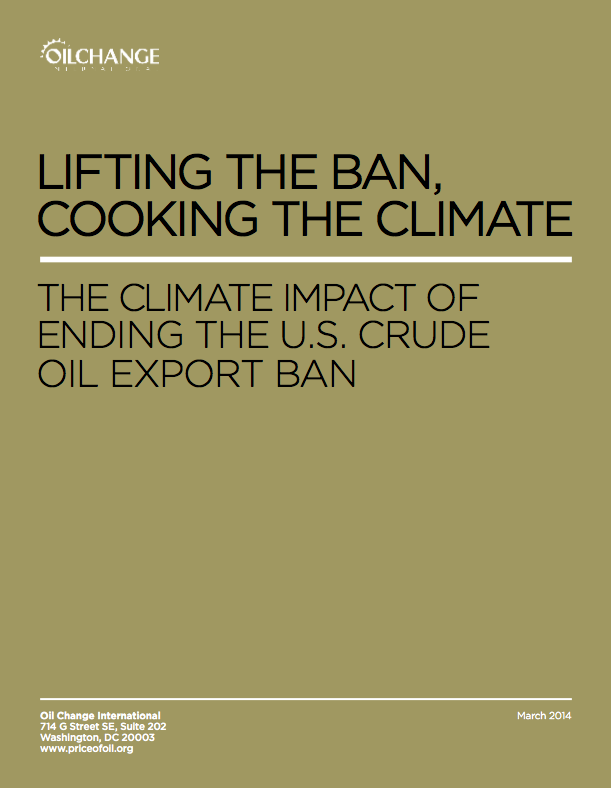 The U.S. oil industry’s biggest players, including ExxonMobil and the American Petroleum Institute, are calling for an end to the U.S. ban on crude oil exports that has been in place for more than four decades since the 1973 Arab oil embargo. Their reasons are clear, as lifting the ban would boost profits by enabling companies to sell American oil at higher global market prices.

What few have considered, however, are the climate impacts that would result from ending the ban. Allowing U.S. crude oil exports will result in increased profits that will in turn result in increased oil production. While the exact amount of increased production is dependent on a variety of factors in the oil market, this analysis demonstrates that the average projected increase in oil production caused by removing the export ban would release the equivalent of the lifetime CO2 emissions from 42 coal plants.