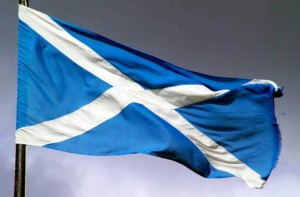 In the increasingly bitter political wrangling over Scottish independence, yesterday was the turn of the future of North Sea oil to take centre stage in the debate.

As both the Westminster government and Alex Salmond’s Scottish government set out differing visions for the North Sea, one thing has become abundantly clear: that both governments are intent on draining every last drop of oil from the region.

On the one hand you could argue that Salmond’s government has little choice but to exploit what many see as the country’s most lucrative asset, but on the other this strategy could be fundamentally flawed for a number of reasons. Not least, the elephant stalking both governments’ strategies is climate change and the need to decarbonise their economies.

Forgetting the issue of climate change for a moment, betting so heavily on North Sea oil is fraught with other risks too. In today’s Financial Times, its lead editorial warns of some “hard truths” about what the nationalists have long called “Scotland’s oil”.

“If an independent Scotland intends to rely on oil revenues as the platform for its economy, it is placing a risky bet,” the paper argues. “Energy is a sector that will require heavy investment, and one where returns will be both volatile and lower than in the past. Alex Salmond’s political career may have been built on the slogan that ‘it’s Scotland’s oil’. But the realities behind this romantic slogan may be more prosaic than he hopes.”

If you add the need to act on climate change into this volatile mix, then Salmond’s strategy could be seen as outright foolish.

As I have pointed out on this blog before, as more and more investment companies, insurers and others are pointing out, carbon reserves are being seen more and more as liabilities rather than assets: in short they could become stranded assets.

Once again there is no coherent thinking either. For weeks the south of England has been battered by extreme weather causing significant damage and widespread flooding. Many influential commentators and scientists are making the link to climate change and arguing we need to act.

Earlier this month, Ed Miliband, the leader of the opposition Labour party said that “we are sleepwalking into a national security crisis on climate change. The terrible events of the last few weeks should serve as a wake-up call for us all.”

Lord Stern, the author of the influential 2006 report on the economics of climate change argues that recent extreme weather across the globe is “a pattern of global change that it would be very unwise to ignore”.

But ignore it we do. David Cameron come out of this looking smart, either. Just days after he linked climate change to the floods, he is also advocating drilling the North Sea dry too, in a strategy that can only increase carbon emissions.

The Westminster Government is set to “fast-track” the recommendations of retired businessman Sir Ian Wood’s for maximising the UK’s remaining offshore oil and gas resources.

Sir Ian Wood wants “to ensure every last drop of oil is squeezed out” of the North Sea. “We need to maximise the recovery of our hydrocarbon reserves and attract more investment,” he says.  In total, the UK government argues that Wood’s recommendations would generate an extra three to four billion more barrels of oil.

It is difficult to reconcile drilling the North Sea dry with progressive climate action.

Some may argue that the UK’s announcement that Shell’s gas-fired power station in Scotland had been awarded about £50m to install new carbon capture and storage (CCS) equipment, was a sign that the British government was taking climate change seriously.

But CCS remains an unproven technology on the large scale and many people concerned by climate change believe it is little more than a sticking plaster on a carbon boil that governments steadfastly refuse to lance.