“Climate change is a fact. And when our children’s children look us in the eye and ask if we did all we could to leave them a safer, more stable world, with new sources of energy, I want us to be able to say yes, we did.”

These words by President Obama could have been historic. They could have been words that signaled to the nation that he was going to lead it in a new direction, a direction that boldly brought us from the brink and into a safer climate future.

But unfortunately they won’t be seen as such. And here’s why:

“The “all the above” energy strategy I announced a few years ago is working, and today America is closer to energy independence than we have been in decades.”

That’s right. Just moments before uttering a rousing call to action on climate change, the President trumpeted his “All of the Above” energy policy. He went on in detail to promote the continued expansion of drilling for oil and gas using dangerous extraction procedures such as hydraulic fracturing (aka fracking)…all while ignoring the science that says we must leave more than two-thirds of existing fossil fuel reserves in the ground if we are to avoid catastrophic climate change.

Headlines from reports directly after the speech painted the picture: Obama, in Speech, Defends ‘All Of The Above’ Energy Plan, Environmentalists cringe as Obama touts oil and gas, Obama Praises ‘All-Of-The-Above’ Energy Strategy In 2014 State Of The Union…and the list goes on. 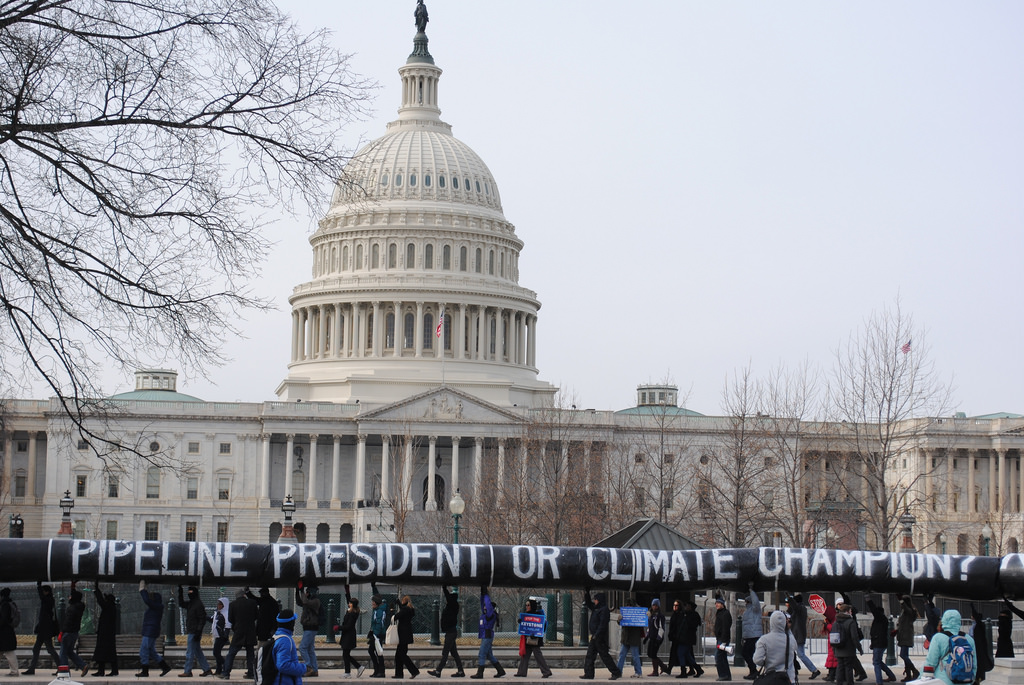 Instead of the rousing call to action on the greatest challenge of our generation that it could have been, what this speech will be remembered for is the President’s defense of disastrous energy policy that is doomed to fail.

The simple truth is that promoting All of the Above energy policy (nee “Drill, Baby, Drill”) is the latest form of climate denial. You simply cannot  believe the science of climate change and promote expanded fossil fuel extraction at the same time.

President Obama has a decision coming up that can help him change course. The Keystone XL tar sands pipeline is a project that the President must reject if he is to live up to his climate action rhetoric.

As the activists who rallied outside the Capitol ahead of the  speech on Tuesday said, President Obama can be a pipeline President, or a climate champion. But he can’t be both.