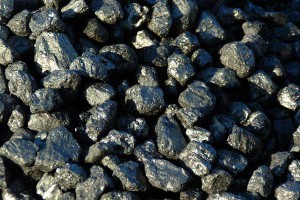 Slowly but surely the concept of “stranded assets” is taking hold and dirty coal looks likely to take the first big hit from a huge Norwegian pension fund.

Norway’s $800 billion Sovereign Wealth Fund (NBIM) is now “likely” to divest from coal assets as the country’s Labour Party is signally that the vast pension fund should follow its disinvestments from palm oil and tobacco and disinvest from coal.

Although the Labour Party is now in opposition following their electoral defeat earlier this autumn, they can still form a majority with a handful of smaller parties to force through the measure.

If they disinvest it will hit well known companies in which they are large shareholders such as BHP Billiton, Xstrata Glencore,  E.On and RWE.

The Norwegian move could have serious international consequences. Coincidentally there has been a rash of articles about the decline of American coal.

As a blog in the Washington Post yesterday pointed out: “The Central Appalachian region has been the heart of coal country for as long as anyone can remember. But in recent years, Kentucky and West Virginia’s coal industries have been facing a painful decline — and that decline is starting to get widespread attention.”

The region has lost nearly 40,000 jobs in thirty years.

The situation is so bad that the House Energy and Commerce Committee held a hearing last week on how coal communities in the area are suffering. The region faces numerous threats, ironically from America’s shale gas boom, and even more destructive mountain-top removal of coal which employs less miners than traditional coal mining. Added to that are tough new regulations from the Environmental Protection Agency.

All these factors mean that the region’s coal is in terminal decline. The American Energy Information Administration estimates that coal production in eastern Kentucky and West Virginia will soon be under half of what it was just a few years ago in 2008, plunging from 234 million tons down to 112 million tons in 2015. Just under ten per cent of the US coal fleet is due to be retired between now and 2016.

Obama’s regulatory attack on the coal industry means he is now hated in Kentucky and West Virginia by Republicans and Democrats alike.

But as a recent article in the National Journal points out: “But for all the rage over Obama’s environmental agenda, Appalachian mining jobs began disappearing in the region long before he entered the White House—including for reasons that have nothing to do with regulations now coming out of Washington.”

And then there are the sequestration cuts, supported by many Tea Party Republicans, which have according to one commentator “accelerated the economic free fall.”

Despite this Republicans are still fighting what they call Obama’s “war on coal,” but it’s a battle that looks like the Republicans and the coal industry has lost, in the US, at least.