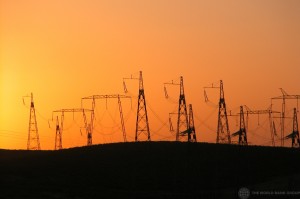 In FY 2013, the Bank provided nearly US$7 billion in energy lending, including US$2.7 billion in fossil fuels, US$1.7 billion in clean energy, and US$2.6 billion in “other” energy projects, such as large hydropower or transmission projects. The research, compiled by Oil Change International, covers July 2012 to June 2013.

Significantly, US$336 million was provided by the World Bank Group to explore for more fossil fuels and expand known reserves. The International Energy Agency and the Intergovernmental Panel on Climate Change have both recently issued reports that clearly indicate that a significant portion of currently known fossil fuel reserves will have to stay in the ground if the world hopes to limit climate change to less than two degrees Celsius. Therefore funding the expansion of known reserves is both wasteful and dangerous.

Oil Change International also evaluated which projects are aimed at providing energy access for the poorest. Overall, only 8 percent of the Bank’s energy financing last year was aimed specifically at the poor. The Bank’s recent Energy Directions paper proposes natural gas and large hydropower as the go-to power sources for the developing world, however less than 1 percent of combined support for natural gas and large hydropower targeted the poorest, according to Oil Change International.