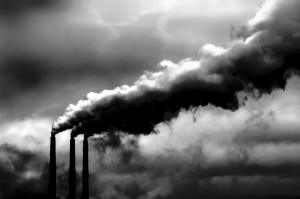 As the world’s leading climate scientists are set to release their latest authoritative assessment on the issue of global warming this week, the climate sceptic denials have already started.

As one British author tweeted this morning “I don’t know which to dread more: the IPCC report on climate science, or the tsunami of denial gathering to meet it.”

So let’s separate the science from blogosphere bile. The UN’s Intergovernmental Panel on Climate Change (IPCC) says they are at least 95 per cent certain that humans are causing climate change. This certainty has increased from “very likely” to “extremely likely” that humans are driving global warming.

After controversy dogged its last report, especially over claims they had exaggerated the threat of glacial retreat in the Himalayas, the IPCC’s latest fifth assessment report, known as AR5, is set to be the most definitive yet. Some 800 scientists from 85 countries have contributed with over 9,000 scientific studies referenced.

And they address what they term the global warming “hiatus”, which is where the rate of warming has slowed, something seized on by the sceptics. But the scientists point out that the oceans have absorbed 93 per cent of heat from greenhouse gases between 1971 and 2010, something that explains the slowdown, as well natural variations in climate.

The hiatus is expected to be a key part of the negotiations this week between politicians and scientists. It is also likely to be exploited and misrepresented by the sceptics.

Amongst the sceptic tsunami, it will be easy to forget something that a further increase in temperature is inevitable, with the only unknown factor being how much: the IPCC’s different scenarios range from 0.3C to 4.5C by 2100, with at least 2 degrees centigrade a distinct possibility.

As the influential writer, Will Hutton wrote in the Observer newspaper yesterday, despite the sceptics’ best efforts to tell you otherwise, the future looks “terrifying”.

“The decades ahead will witness our planet become progressively uninhabitable for hundreds of millions of people, because of either drought or floods”, wrote Hutton. “The weather will become ever more volatile. Ocean currents will be disturbed and dwindle. There will be mass movements of people trying to escape the consequences; no country will be untouched. We should act to minimise the risk.”

Just as the sceptics will argue that the IPCC is alarmist, there are some scientists attacking the IPCC for being too cautious too.

Canadian environmentalist David Suzuki argues that the UN organisation has become “ultra conservative”. He contends “The way these reports are made with input from all sides, they tend to be unbelievably conservative because they don’t want to be accused of extremism and exaggeration.”

Suzuki also warns that the whole debate around climate science has “been totally contaminated, deliberately, by the corporate sector. The whole purpose is to sow confusion and doubt”.

And so over the next few weeks, if you see anyone sowing confusion and doubt over climate, one lesson is to follow the money. And find out who is funding them.

Because often therein lies the answer.