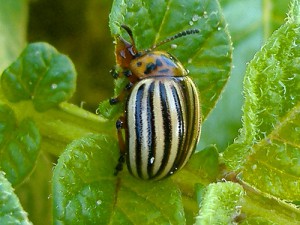 The climate sceptics have made much recently about the small slowdown in surface temperatures arguing that this means the threat of climate change has been over-exaggerated.

They have seized on recent scientific data to try and argue that there is nothing to worry about.

But climate scientists are warning that the temperature slowdown is only temporary, and that the oceans are absorbing much of the greenhouse gas emissions.

As respected science writer Chris Mooney pointed out last week, ninety-three per cent of the planet’s excess energy gets swallowed up by the blue, according to the IPCC.

Mooney points out that the oceans are slowly heating up with some recording an increase in heat content in the surface layer and up to 2,000 meters of depth.

And when the oceans get to a point that they cannot absorb any more heat, all hell could break loose with surface temperatures.

Recent scientific research also points to changes in natural cyclical changes in the Pacific Ocean, called La Nina which could also be helping to absorb excess heat from the atmosphere.

One of the latest studies to look at this, by Yu Kosaka and Shang-Ping Xie of the Scripps Institution of Oceanography reported in the journal Nature that “Our results show that the current hiatus is part of natural climate variability, tied specifically to a La-Nina-like decadal cooling.”

They added: “Although similar decadal hiatus events may occur in the future, the multi-decadal warming trend is very likely to continue with greenhouse gas increase.”

But that is not to say that the climate change is not still having a devastating effect on land.  Another new scientific report by researchers in the UK has concluded that climate change threatens global food security by spreading crop pests towards the Poles at around 3km every year.

It is the first study to show that pests are actively responding to climate change.

Pests are moving to places that were previously were too cold. And different species are reacting in different ways. Fungi, beetles, true bugs, mites, butterflies and moths are moving to higher latitudes, whereas viruses and nematode worms are shifting south.

Some butterflies and insects were moving at about 20 kilometres a year, whereas some bacterium have hardly moved at all.

Dr Dan Bebber, the lead author of the study from the University of Exeter, said:  “If crop pests continue to march polewards as the earth warms, the combined effects of a growing world population and the increased loss of crops to pests will pose a serious threat to global food security.”

And as one science blogger points out, the really scary scenario is if a new or re-emerging plant disease decimates one of the main crops, such as rice, wheat or corn that billions depend on.

I wonder what the sceptics would say then.