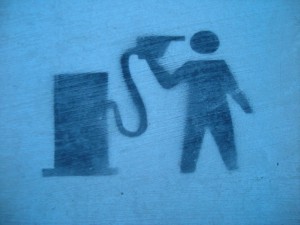 Last week we reached an unwelcome milestone which should send alarm bells ringing in every capital across the globe.

For the first time the daily mean concentration of carbon dioxide in the atmosphere at the benchmark monitoring station at Mauna Loa, Hawaii, surpassed 400 parts per million (ppm) since measurements began in 1958.

“That increase is not a surprise to scientists,” said NOAA’s senior scientist Pieter Tans, from Boulder, Colorado. “The evidence is conclusive that the strong growth of global CO2 emissions from the burning of coal, oil, and natural gas is driving the acceleration.”

It was researcher Charles Keeling from the Scripps Institution of Oceanography, San Diego, who began measuring CO2 at Mauna Loa in the fifties, beginning what is known as the “Keeling Curve.” His son, Ralph Keeling, who followed in his father’s footsteps, has continued the Scripps measurement record since his father’s death in 2005.

“There’s no stopping CO2 from reaching 400 ppm,” argues Ralph. “That’s now a done deal. But what happens from here on still matters to climate, and it’s still under our control. It mainly comes down to how much we continue to rely on fossil fuels for energy.”

Other scientists have called the 400-ppm threshold a sobering milestone which should serve as a wake-up call for all of us to support clean-energy and reduce our dependence on oil. But the ripple the milestone caused last week has quietly passed. It is back to business as usual.

Everywhere you look our addiction continues unabated. One of the world’s leading universities, Oxford has since announced a £6 million tie up with global oil giant Shell.  The decision has been widely condemned. A private dinner hosted by the University to celebrate the controversial new partnership was dramatically gatecrashed by protesters campaigning against the “irresponsible” deal.

It has also been criticised by one of Britain’s leading solar pioneers and Oxford alumnus Jeremy Leggett, who said he was “ashamed” of the tie-up. “Shell has abandoned all pretence at playing a role in saving civilisation from the ruin of six degree global warming. Universities are increasingly part of the problem too”, he said.

As I have blogged over the last few days, the Canadians have ignored the milestone and continue to press on with their lobbying tour to derail the EU’s flagship climate legislation and argue for the building of the controversial Keystone XL pipelines.

As I pointed out yesterday, one of the reasons for saying no to the KXL is that if built it will delay the transition away from oil to cleaner fuels.  Apart from climate considerations, another reason that people have argued that the US needed to move from fossil fuels was the energy security issue, with over-dependence on Middle Eastern oil.

But all that has changed with the US shale gas revolution. As the Financial Times points out that Saudi Arabia has actually welcomed the boom in US shale production because it reassures the volatile oil markets and consumers about the reliability of oil supplies.

Khalid al-Falih, chief executive of Saudi Aramco, told the Financial Times that the shale revolution had helped ease fears about excessive reliance on the Middle East.

“For us it just cements in the public and in the global consensus what we’ve already known,” he said. “Oil is going to be the fuel of choice, in terms of its overall performance, for an extended period of time, and we need to manage it, we need to invest in it.”

These remarks show that the oil industry – as we have always said –   is international. If you develop the oil shale in the US, or the tar sands in Canada, this gives reassurance to the markets to carry on investing in oil in Saudi Arabia. The more oil infrastructure you build the more you will look for oil.

Khalid al-Falih talks about the need to invest in more oil, yet we know we cannot invest in more fossil fuels without serious consequences for the climate. We have now passed the 400 ppm threshold.

As Ralph Keeling says what happens from now really does matter. The climate is telling us to disinvest now from fossil fuels, but we are not listening, we are not heeding the warning signs.  We are oblivious to our addiction.