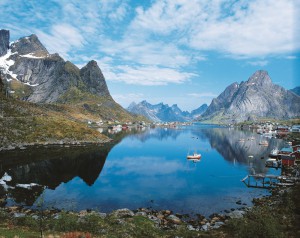 Earlier this month, two polar bear costume-clad activists from Greenpeace climbed up one of the legs of a drilling rig that belongs to the Norwegian oil company, Statoil, in a protest against its Arctic drilling programme in the Barents Sea.

Statoil “has interests in the Arctic in waters off Russia, Greenland, Alaska and Canada. We believe that oil drilling in these areas should not be allowed. Today’s technology is insufficient for this task,” said a Norwegian Greenpeace spokesperson.

But if Greenpeace and other environmental groups had hoped that people were listening to their protests, they are going to be bitterly disappointed by the news from the weekend.

Yesterday, Norway’s ruling Labour Party took what is described by news agencies as a “major step” towards opening up other areas of the Arctic to oil and gas drilling when it gave the go-ahead for an impact study into areas that are currently restricted from drilling. Labour’s national delegates voted 194 to 104 in favour of allowing the impact study.

The Labour party then said that another vote would take part in two years time, before drilling could begin.

But crucially, this means that with Labour’s support, all Norway’s top three parties now favour exploration in the area, raising the chance that the next government could begin drilling.

The study will examine the impact of drilling around the beautiful Lofoten islands, located above the Arctic Circle and home to one of the world’s richest cod stocks, unique cold-water coral reefs, and some of Europe’s largest seabird colonies as well as numerous whales.

But the waters are not just rich in fish. They could hold just under 10 per cent of Norway’s undiscovered oil and gas resources. The Norwegian government believes the region could hold recoverable reserves of around 1.27 billion barrels of oil equivalent.

But the drilling is bitterly opposed by environmentalists and tourism bosses alike and the issue is likely to become one of the most contentious issues for the country’s upcoming parliamentary elections.

Oil and gas companies, including Statoil have been lobbying hard to drill in the region, as the country’s crude production is expected to fall for a 13th consecutive year to less than half a 2000 peak. This year, it is expected to reach a 25 year low.

The country’s push into the Barents sea is also gathering a pace. Companies will drill a least 12 wells in the Norwegian Barents this year — a record equal to the number drilled in the past two years combined – with a spend of as much as $1.8 billion.The Barents’ prospects are “enormously exciting,” says Jarand Rystad, managing partner of Oslo-based consultant Rystad Energy. “There’s oil and gas everywhere..”

There maybe oil everywhere, but can we afford to burn it? According to a new analysis, we cannot even burn the current reserves of oil and gas companies without causing climate change. As Carbon Tracker reported on Friday, between 60-80% of coal, oil and gas reserves of publicly listed companies are ‘unburnable’ if the world is to have a chance of not exceeding global warming of 2°C. This is before we start even looking for more oil.

And if we are going to stop burning carbon, the best place to start would be to stop looking for it in the Arctic.