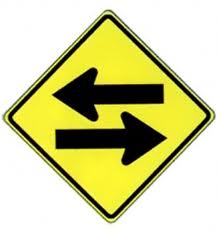 Only a few months ago, we reported on the release of the IEA’s World Energy Outlook, which for the first time ever acknowledged that we cannot burn at least two thirds of the fossil fuel reserves we currently classify as ‘proven’.

So, one would assume that the IEA would agree that further exploitation of such reserves would need to be limited if the world is to stay within globally agreed climate limits.

But in what appears to be the first public salvo in what could become a full scale energy policy war in the U.S., the IEA’s executive director, Maria van der Hoeven, has called for the U.S. to lift its ban on crude oil exports “lest the great American oil boom goes bust”.

Confusing? Yes. Contradictory to the carbon math the IEA had appeared to have endorsed? Most definitely.

Van der Hoeven’s op-ed has thrust the issue of exporting American crude oil, something oil producers have for some time now been quietly lobbying for, out into the open for the first time.

Crude oil exports are currently controlled through the Department of Commerce’s Bureau of Export Administration and are only allowed through the application of a license. The export license requirements fall under “Short Supply Controls” and licenses are generally only granted for limited exports from Alaska’s Cook Inlet to Canada. However, some licenses have recently been granted for exports of oil from Texas to Canada.

The restrictions do not apply to refined products (gasoline, diesel etc.), the export of which has been scaling new heights every year since around 2007 and reached over 3.4 million barrels per day in November 2012.

However, the ongoing fracking boom that is seeing unprecedented growth in oil production in North Dakota, Texas and elsewhere is making crude oil exports a new imperative for America’s oil barons.  This is because the quality of the oil produced from these wells does not easily suit the refining capacity in America’s largest refining center on the Gulf Coast of Texas and Louisiana.

Refineries there have for years been investing in equipment designed to refine heavier oil with much higher sulfur content, such as the tar sands bitumen that would be delivered by the Keystone XL pipeline. They made calculated decisions that Canadian tar sands bitumen would be supplied to the Gulf Coast in increasing quantities over the next few decades and would bring greater profits due to its lower price.

The result is a mismatch between American refining capacity and the quality of oil that is coming from America’s new oil boom. And together with the constraints on pipeline capacity to transport the oil to where it can be more profitably refined (the East Coast for example), producers of this new oil are suffering a steep discount in the price they can get for their product. America’s key benchmark oil price, WTI, has been discounted at around $20 below international benchmarks such as Brent and Dubai for two years now. Some of the fracked oil has been selling even cheaper.

This leads some industry proponents to worry that the lower price fetched for fracked oil will start to constrain production growth, especially as the cost of producing the oil is relatively high. More markets for the oil need to be opened up to keep the boom booming.

This is a highly contentious issue in the United States because the myth of “energy independence” has been propagated by both political parties (although more aggressively pushed by the right). American consumers who think that more domestic oil production will make gasoline cheaper will be confused and upset by crude export proposals because it exposes the truth that the American oil boom is about profits not energy security.

Which is why it is going to be so interesting to see the industry come out and fight on this. Following the IEA chief’s op-ed in the FT, the newspaper followed up with an article outlining some of the controversy that will likely ensue. They managed to find a couple more proponents of crude exports and it was informative to see how they made their case.

Lisa Murkowski, the senator from Alaska, who leads Republicans on the Senate Energy Committee said, “All agencies should review policies affecting energy exports and remove unnecessary impediments. Energy exports are good for our economy.”

Is it just me or did she avoid the term ‘crude oil’ there?

Bill Reinsch, a former undersecretary for the export administration and an active lobbyist for free markets told the FT that given the US leadership on Iranian sanctions, “It’s hard to tell (allies), ‘Don’t buy from Iran,’ and then deny them an alternative source”.

Most interesting was the rather tentative support for crude exports expressed by the representative from the American Petroleum Institute, which masked the much more aggressive lobbying that the API is likely to be conducting on this issue away from the public eye.

John Felmy, the API chief economist said, “It may make sense to export a certain type of oil that you don’t have refinery capacity in a locality to be able to use.”

Climate Change, as ever, the missing piece

It’s not unusual for climate change to be absent in discussions on the American oil boom among economists and oil industry representatives. But the head of the IEA’s charge into this foray at this particular time seems out of step with the analysis the agency has been increasingly pushing in recent months.

In particular, the IEA’s latest annual report, the World Energy Outlook, was quite explicit about the dangers of unconstrained fossil fuel production and consumption. It stated that in order to have a 50/50 chance of constraining climate change to within the internationally agreed 2 degrees Celsius limit two thirds of the world’s proven fossil fuel reserves must be left in the ground.

So given that we do not yet know how much oil will be liberated by the fracking boom and therefore it’s unclear by how much the technology has increased global oil reserves, and also that a 50/50 chance of preventing global ecological collapse is not great odds (better odds would have us leave 80% of proven reserves in the ground), van der Hoeven’s insistence that we should maximize production of America’s oil at any cost seems out of step with the seemingly more climate-friendly direction the agency has been headed.

The IEA seems to be going through an identity crisis. With recent warnings about “climate change lock-in” and fossil fuel subsidies being “public enemy number one” (which we would certainly agree with), it appeared that the agency was embarking on a transformation from oil industry cheerleader to some sort of energy and climate watchdog.

But it cannot play both sides of the game. If we’re to leave two thirds or more of fossil fuel reserves in the ground in order to prevent climate change running completely out of control, we cannot afford an unfettered global oil market. We know the industry will not constrain itself.

Crude oil exports may or may not be in the interests of the American gas guzzler. But if they are what are needed to enable the full exploitation of America’s new found oil wealth, they are certainly not in the interest of a sustainable planet.