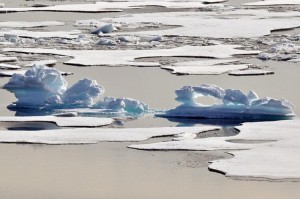 In the fight for the Arctic and the planet’s future, this is big news.  We are witnessing  a split in Big Oil’s attitude to the Arctic.

Today, the French giant Total became the first oil major to argue that energy companies should not drill for crude oil  in Arctic waters.

In an interview with today’s Financial Times, Christophe de Margerie, Total’s chief executive, said that the risk of an oil spill in such an ecologically sensitive area was simply too great.

“Oil on Greenland would be a disaster,” he said in an interview. “A leak would do too much damage to the image of the company”.

There is a caveat to Total’s comments though: the company is not opposed to Arctic drilling in principle and still has a number of gas wells in the Arctic, but it sees gas having different risks to oil.

Even still, his comments will make deeply uncomfortable reading for the top oil boys at Shell, who are plodding ill-prepared into the Arctic, despite widespread opposition to their irresponsible plans.

Predictably Shell declined to make any comment to Total’s concerns. Last week, Shell which is exploring for oil in the highly sensitive Chukchi was forced to abandon its drilling plans, after a vital piece of safety equipment was damaged during testing.

Total’s statement has been welcomed by environmental campaigners.  “The rest of the oil industry should heed his warning,” said Ben Ayliffe, head of Greenpeace’s Arctic campaign. “Given the risks, companies shouldn’t be touching the Arctic with a barge pole.”

The news came as a new report offered even more evidence why we should be de-investing out of oil now.

A new report – commissioned by 20 governments – has concluded that climate change is already killing 400,000 people a year, whilst costing the global economy in excess of $1.2 trillion a year. In addition, air pollution linked to fossil fuel use is contributing to the deaths of at least 4.5m people a year, the report found.

The 331-page study, entitled Climate Vulnerability Monitor: A Guide to the Cold Calculus of A Hot Planet, concludes that by, 2030, the cost of climate change and air pollution combined will rise to a staggering 3.2% of global GDP, with the world’s poor taking the brunt.

Michael Zammit Cutajar, former executive secretary of the UN Framework Convention on Climate Change, said: “Climate change is not just a distant threat but a present danger – its economic impact is already with us.”

And it is yet another reason for Big Oil to say “no” to the Arctic.