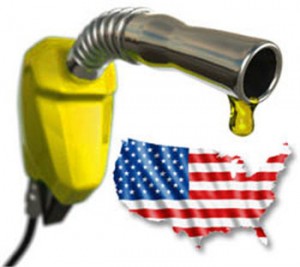 All the talk of Hurricane Isaac and the RNC has so far failed to notice the gaping hole appearing in what is not only the Romney/Ryan energy platform but also the platform of the entire North American oil and gas industry.

And frankly, while politicians might be forgiven (and I mean might) for not fully understanding the complexities of the global oil market, the industry has no excuse. Let me say it plain.

Because again and again we have been told by industry executives that North America can be energy independent if only regulations and environmentalists would get out of the way, and they know full well it’s not true. The biggest lie of all is the one that says that drilling every possible place in the US and importing the maximum amount of dirty tar sands oil will lower gas prices.

Just this morning Andy Black, the CEO of the Association of Oil Pipelines told Politico’s Morning Energy that the Keystone XL tar sands pipeline would somehow help with hurricane disruptions to oil supply.

That would be a feat given that the pipeline would deliver oil to the same refining center that needs to be shut down whenever a hurricane enters the Gulf of Mexico.

Indeed events in the Gulf of Mexico and Venezuela this week completely destroy the energy independence myth.

Over 40% of America’s refining capacity and over 20% of US oil production is on the hurricane prone Gulf Coast.  So the price of gas at the pump will always be vulnerable to the vagaries of the Atlantic hurricane season. Something that climate change is clearly exacerbating.

As Isaac hones in on Louisiana, over 1 million b/d of oil production has been shut down along with six refineries, sending the price of gasoline up around the country. In Chicago, gasoline jumped over 30 cents a gallon on the wholesale market.

So sending more oil to the Gulf Coast, as Keystone XL proposes to do, is hardly a strategy for lowering gas prices.

But there is another reason why the Gulf Coast refining center, and the industry it serves, does not constitute a viable strategy for ensuring affordable energy for America. Exports.

As we have previously documented, the Gulf Coast is at the center of an unprecedented boom in gasoline and diesel exports. Tepid US demand, burgeoning Latin American demand for diesel and deep water harbor access has reoriented these refineries toward reliance on export markets, and that means that gasoline consumers in America now compete with the global market for supplies from the country’s biggest refining center.

And that’s where the untold story of how gasoline prices are going to be affected by this week’s events really lies.

A terrible fire started on Saturday and raged for over three days at Venezuela’s biggest refinery near Punto Fijo. 41 people were killed and many more injured. It is unclear for how long the 645,000 barrel per day refinery will be shut.

While President Chavez hyped efforts to get the refinery up and running again Platts reported that the Venezuelan state oil company PDVSA “was heard to be in the market looking for up to 720,000 barrels of 95 RON gasoline for prompt delivery, with the US Gulf considered by traders as the most logical supply source.”

So while some Gulf Coast refineries shut while Isaac blows through, others, probably in Texas, will be cashing in on the misfortune in Venezuela. This will likely deliver a double whammy to the gas price fluctuations in the US. One New York gasoline broker was quoted by Platts saying the Venezuela refinery fire “is a bigger deal than the storm. I have a feeling that those New Orleans refineries can handle a Category 1 storm (hurricane).”

So let’s make it clear. The markets for crude oil and petroleum products are global. When a storm takes out production or refining capacity, or there is a threat to oil transport corridors in the Middle East, or there is yet another refinery fire at a large refinery anywhere in the world, oil prices and gasoline prices spike. Producing more North American oil does nothing to relieve the effect of these crises.

Energy independence is a myth spread about by those that will profit from its adoption as something to strive for; politicians and oil executives alike. Indeed, like hamsters on the wheel we can keep running towards it and get no closer, which is fine by them as the profits keep rolling.

An energy policy that recognizes that oil is a major vulnerability in the American economy and puts climate, efficiency and diversity at its center will serve the interests of the American people far better than setting an unattainable goal that simply serves the status quo.

So far we have not seen a definitive move towards such a policy from either side.