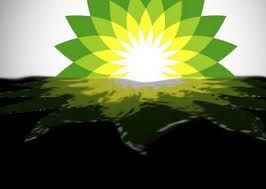 So the trial of the century may not happen after all.

This morning, lawyers representing over 116,000 plaintiffs had been due in court in New Orleans to begin the trial against BP and other defendants resulting from the Deepwater Horizon.

The trial could have lasted two years. Documents in the case run to more than 72 million pages – that makes a pile of paper four-and-a-half miles high.

But the Financial Times is reporting this morning that the two sides could be “close to a possible settlement”.

Bloomberg is also reporting that the settlement could be in the region of $14 billion, which is in line with analysts’ expectations.

Late yesterday, the judge agreed to postpone the trial for a week to see if a pre-trial deal could be done. In a joint statement, BP and the 90 or so plaintiff lawyers said they “working to reach agreement to fairly compensate people and businesses affected by the Deepwater Horizon accident and oil spill”.

The trial is now due to begin on the 5th March if no deal is reached.

So is it better for the plaintiffs to try and settle or go to trial? On the one hand, the lesson of history is not great.

Remember the Exxon Valdez? In the decades it took for the case to grind through the court, through numerous appeals it took so long that a third of the original plaintiffs died. At the end they had to settle for about $15,000. In the immediate aftermath of the disaster Exxon had offered them $50,000.

So the real winner was Exxon (and its fat-cat lawyers), who dragged litigation out for 20 years or so.

However, many industry analysts and experts say a quick settlement is in BP’s best interest, especially if it was a “super settlement” that settled all claims including those from the US government and Gulf states.  This would free up BP to expand drilling in the US again.

So could a global deal be close that would end the claims together? “Before today, I had almost given up on the possibility of a global settlement before a trial began,” Edward Sherman, a professor at Tulane University Law School and specialist in complex litigation tells Reuters this morning. “Now, with an extra week, it seems to improve the chances.”

What we do know is that the lawyers have already got rich and will get a whole lot richer. For the defendants’ lawyers, the case is already a “well-fed cash cow”, with BP’s legal costs some $1.73bn. The plaintiffs’ lawyers who have already racked up a bill that could be higher, looks set to earn billions if there is a settlement, as they receive 30-40 per cent of the damages.

But settling may not be in the interests of the ordinary plaintiffs, who could be denied proper justice and to hear the truth of what really happened on that fate day.

There is really good reason to go to trial, to determine why the rig exploded, who was at fault, how much oil was really spilt and the real extent of the environmental damage.

One person who intends to be in court if the trial goes head is Sheryl Revette, whose husband husband, Dewey, was one of the 11 rig workers killed in the disaster.

I think she deserves her day in court to see BP in the dock and to find out why her husband died.