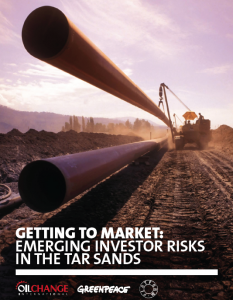 Environmental impacts are a concern, particularly greenhouse gas emissions and water. Spills from existing pipelines have put pipeline route communities on high alert. The over 1 million gallons spilled into the Kalamazoo River in Michigan in July 2010 is still proving impossible to clean up. 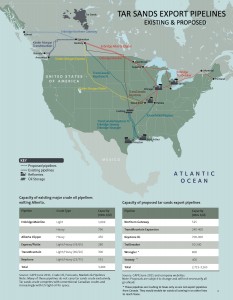 This report is part of an ongoing dialogue with the investment community that examines a wide range of investment risk issues surrounding tar sands production.

As some of the world’s most expensive to produce oil, the tar sands is not the great boon that the industry would have investors believe. The kind of exponential growth the industry would like to achieve depends on benign circumstances on a number of levels. These include minimal regulation, cheap natural gas and a continued social license to operate, not only within Alberta, but among the communities through which pipelines will pass as well as among those in which refineries will process this heavy sour oil.

We are seeing that this social license is increasingly being challenged.