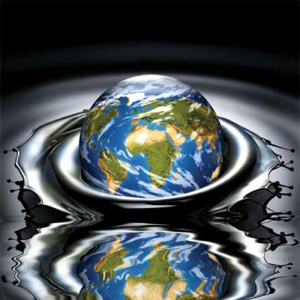 Finally a new report, released by the Organization for Economic Cooperation and Development (OCED), begins to quantify how much rich nations—and taxpayers—are supporting fossil-fuel production and consumption. The numbers are staggering. During each of the last five years, between US$ 45 billion and US$ 75 billion in budgetary support and tax expenditures have been provided to the coal, oil and gas industries by the 24 richest OECD countries assessed.

As the report, titled Inventory of Estimated Budgetary Support and Tax Expenditures For Fossil Fuels, notes, “there is ample scope for both saving money and improving the environment through fossil-fuel subsidy reform, not only in developing and emerging economies but, as this Inventory shows, in advanced economies as well.”

Reforming all dirty oil, gas and coal subsidies – both for producers and consumers – could save half a trillion or more each year and lower greenhouse gas emissions to help avoid catastrophic consequences of climate change – all in a world in economic crisis. In the United States, the report estimates support for energy producers was about US$ 5 billion in 2009, and cites that “the 2012 federal budget proposes eliminating a broad group of subsidies – thereby increasing government revenues by more than US$ 3.6 billion.” The OECD numbers are conservative. Some experts estimate that up to US$ 41 billion a year in US federal support goes into these dirty industries.

Last week, Oil Change International and 51 leaders of US national and state organizations sent a letter to the members of the US Super Congress (formally known as the Congressional Joint Select Committee on Deficit Reduction) demanding that the elimination of government handouts to the oil, coal and gas industries be a central part of the deficit reduction plan they are to present to the full Congress by November 23rd.

All told, artificial support in richer and poorer countries, which were the first assessed to determine fossil fuel consumption subsidies, the International Energy Agency (IEA) estimated that US$ 409 billion was spent to artificially lower the price of fossil fuels in 2010. This is almost US$ 110 billion higher than in 2009, although the increase is mostly due to the rise in the price of crude oil from US$ 61.65/barrel in 2009 to US$ 79.40/barrel in 2010.

Two years ago, leaders from the Group of Twenty (G-20) advanced and emerging economies met in Pittsburgh and agreed to phase out fossil fuel subsidies that “encourage wasteful consumption, reduce our energy security, impede investment in clean energy sources and undermine efforts to deal with the threat of climate change.”

Little has been done to implement subsidy reform globally since this important G20 commitment was adopted in 2009, in part because of the lack of information available. In the first independent evaluation last year of the success of the G20 Pledge to phase out fossil fuel subsidies, Oil Change International and Earth Track identified the large gaps in subsidy reporting  and showed that no new actions had been taken by G20 nations as a result of their commitment.

The OECD report and analysis is a solid step to deepen understanding of the staggering support given to the oil, gas and coal industries and rich nations are well advised to act to phase out fossil-fuel subsidies. As Maria van der Hoeven, Executive Director of the International Energy Agency (IEA) said, “In a period of persistently high energy prices, subsidies represent a significant economic liability.” These subsidies also represent a serious environmental liability as they fuel climate change and its consequences.