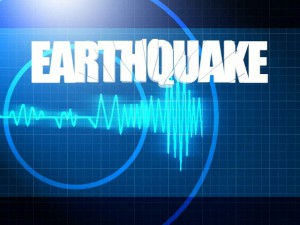 For an industry that prides itself on precision engineering and drilling, fracking is a brutal technique with unforeseen consequences.

The oil industry is trying to argue that fracking which exploits shale gas is a “game changer” that will guarantee energy security for years to come.

But the industry already faces growing public opposition due to water contamination around drilling sights, made infamous in the film Gasland, but it now stands accused of something much greater: actually causing earthquakes.

The controversial drilling technique has now been halted near Blackpool in North West England pending investigation into possible connection with 2 small earthquakes in the area.

An earthquake last Friday occurred at the same time that the energy company Cuadrilla Resources was injecting fluids to blast apart the rocks under Blackpool.

Now earthquake experts from the British Geological Survey (BGS) have said that the 1.5 magnitude quake last week was similar to a 2.3 earthquake in April in the same area and that both may be linked to fracking.

Cuadrilla is trying to spin the “responsible” line by arguing that it has only “voluntarilly” suspended drilling.

“We’ve suspended drilling because there was an incident that the BGS recorded. We were aware of it because we have our own monitoring equipment on the site. We are now compiling a report with the BGS and Keele University. It was entirely our decision to suspend operations. We see it as an appropriate and responsible thing to do.”

Although neither of the earthquakes caused any structural damage, the fact that this type of drilling can have this effect will be a real worry for communities living near by.

Local Green Party organiser Philip Mitchell said: “The sense of local unease has increased further since reports of a second earthquake in the area close to the drilling at Singleton and Weeton. That has led people to question whether there is indeed a link between fracking and earthquakes.”

The shockwaves of what is happening around Blackpool will not only be felt in the UK. Opposition to fracking is growing internationally.

In the US, Michael Passoff, a senior strategist of the CSR programme of As You Sow, the shareholder activist, argues “There are a lot of red flags” for investors with fracking.

There are those within the industry that argue that public confidence will be key for this technology to succeed. So if you add earthquakes to poisoned and polluted water, the industry has a real battle on its hands.