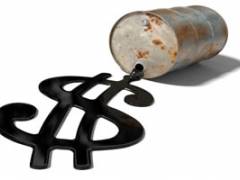 The showdown on gas prices and subsidy removal will intensify this week in Washington, when senior oil and gas executives are hauled before Congress to explain record profits at a time when consumers are hurting at the pumps.

Legislation is being worked on by Max Baucus, the Montana Democrat and chairman of the Senate finance committee which could cut $4bn in annual tax breaks benefiting Big Oil. It could be unveiled as early as this week.

Baucus has invited senior oil and gas executives to testify on Thursday, in what is likely to be a bad tempered hearing. It gives US politicians the chance to grill the oil executives on the need for the end to subsidies.

In the past few weeks, Baucus has released a “blueprint for action” that would repeal billions of dollars in subsidies for the five major oil companies to promote demand for domestically produced energy, encourage the use of fuel efficient vehicles, and invest in clean energy.

Baucus’ repeals would include the manufacturers’ credit under federal tax code Section 199, which Congress revised in 2004 to offset subsidies foreign manufacturers receive from their governments. Excluding the US oil and gas industry from the credit would raise an estimated $902 million in fiscal 2012 and $18.26 billion over 10 years.

As I blogged last week, President Obama, who is riding high in the opinion polls, has suddenly become extremely vocal on the matter.  And at the end of the day, for him reducing people’s pain at the pumps will be more important than finding Bin Laden.

Obama returned to the theme on Friday: “If you’re already paying [oil companies] at the pump, we don’t need to pay them through the tax code. Especially at a time when we’re scouring every part of the budget to try to figure out how we bring down our deficit and our debt,” he said.

For many it would seem incredibly sane and logical to get rid of ridiculous subsidies given to an industry that is making record profits. But what is a no-brainer to most is treated as an outrage by an industry used to the trappings of power and privilege which buys political favours by their lucrative political funding.

Today, in a pre-emptive strike, our old friends the American Petroleum Institute, and the US business lobby group the Chamber of Commerce will defend subsidies and tax breaks.

Jack Gerard, the President of the API, who is used to exaggerating the importance of the oil sector on the US economy, said that scrapping subsidies was not a serious strategy to deal with high petrol prices.

“Raising taxes by billions of dollars a year would jeopardise the many benefits we bring to our nation” Gerard told the Financial Times. “It would substantially raise our costs, trimming investment in new oil and natural gas projects and driving investments elsewhere, and US jobs as well”.

Last week Gerard tried to twist the numbers further by arguing that the industry should be thanked not vilified for supporting the US government “to the tune of over $85 million/day.”

So expert to hear a lot of crocodile tears being shed by oil executives this week as they try to stave off any political action.

Their problem is that Jack and his friends have “Cried Wolf” before, and even their Republican allies are wearing a little thin of the arguments that the most powerful industry on the planet should somehow still receive lucrative tax breaks whilst everyone else suffers.