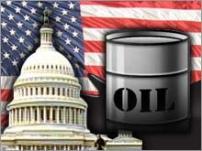 No wonder those oil boys at the American Petroleum have launched a campaign to try and stop further “tax increases” (read: subsidy removal) on the industry.

They know that Obama is on their back.

Yesterday, the President wrote to the House Speaker John Boehner, and other political leaders asking them to take “immediate action to eliminate unwarranted tax breaks for the oil and gas industry, and to use those dollars to invest in clean energy to reduce our dependence on foreign oil.”

He continued: “Our outdated tax laws currently provide the oil and gas industry more than $4 billion per year in these subsidies, even though oil prices are high and the industry is projected to report outsized profits this year.”

Although Obama argued that “there is no silver bullet to address rising gas prices in the short term,” he said eliminating the subsidies could help reduce the nation’s dependence on foreign oil.

“We simply can’t afford these wasteful subsidies”, he wrote.

The President’s letter came in response to an interview on Monday with ABC, where John Boehner had said proposals to end other oil and gas subsidies “are certainly something we should take a look at” at a time when the federal government needs more revenue.

“I was heartened that Speaker Boehner yesterday expressed openness to eliminating these tax subsidies for the oil and gas industry”, wrote Obama. “Our political  system has for too long avoided and ignored this important step, and I hope we can come together in a bipartisan manner to get it done”.

But just how much will get done remains to be seen.

We have been here before with Obama calling for action on subsidies and nothing happening.  And yesterday, Boehner was trying to distance himself from Obama’s proposals saying they “would simply raise taxes and increase the price at the pump.”

As usual the oil industry responded with outrage. Barry Russell, president and CEO of the Independent Petroleum Association of America, told the Houston Chronicle that the President’s tax proposals “do not target Big Oil, but instead go after 18,000 American independent oil and natural gas producers, who on average employ only 12 workers.”

If anything smacks of desperation, it is the API’s latest anti-subsidy removal campaign though. They know that the political momentum to ending subsidies is gaining strength.