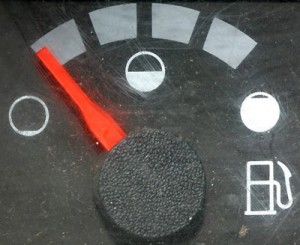 New documents released by Wikileaks reveal that for over three years the Americans have been worried that Saudi Arabia may have overstated its reserves by 40 per cent or some 300bn barrels.

The fact that Saudi Arabia may be overstating its reserves its nothing new, but many consider it the elephant in the room for the oil industry, and one the international community is not taking seriously.

What is interesting is how seriously US diplomats were taking the warning back in late 2007, and how little has been done since then to counter the warnings, if they turn out to be true.

The warnings came from Sadad al-Husseini, a geologist and former head of exploration and production at the Saudi oil monopoly Aramco. He met the US consul general in Riyadh in late 2007.

The cable notes how “According to al-Husseini, the crux of the issue is twofold. First, it is possible that Saudi reserves are not as bountiful as sometimes described and the timeline for their production not as unrestrained as Aramco executives and energy optimists would like to portray.”

It continued: Al-Husseini “believes that Aramco’s reserves are overstated by as much as 300 billion bbls of ‘speculative resources.’”

And then goes onto say: “By al-Husseini’s calculations, approximately 116 billion barrels of oil have been produced by Saudi Arabia, meaning only 64 billion barrels remain before reaching this crucial point of inflection. At 12 million b/d production, this inflection point will arrive in 14 years.”

So in just over a decade’s time, Saudi Aramco “will have to expend maximum effort to simply fend off impending output declines. Al-Husseini believes that what will result is a plateau in total output that will last approximately 15 years, followed by decreasing output.”

The really interesting bit comes next, the comment from the US Diplomats:

“While al-Husseini believes that Saudi officials overstate capabilities in the interest of spurring foreign investment, he is also critical of international expectations. He stated that the IEA’s expectation that Saudi Arabia and the Middle East will lead the market in reaching global output levels of over 100 million barrels/day is unrealistic, and it is incumbent upon political leaders to begin understanding and preparing for this “inconvenient truth.”

Al-Husseini “was clear to add that he does not view himself as part of the ‘peak oil camp’  … He considers himself optimistic about the future of energy, but pragmatic with regards to what resources are available and what level of production is possible. While he fundamentally contradicts the Aramco company line, al-Husseini is no doomsday theorist. His pedigree, experience and outlook demand that his predictions be thoughtfully considered.”

Three years later, Al-Husseini’s warnings are still effectively being ignored by the international community as a whole.