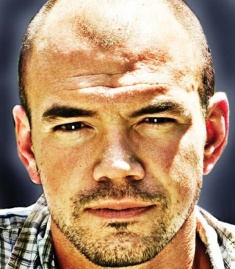 There are many legacies of the Bush Administration that still blight the American landscape, but one of them could see a young environmental activist be sent to jail for ten years.

Back in December 2008, Tim DeChristopher grabbed national attention when he disrupted the last oil and gas auction of the Bush Administration.

Bush had tried to sneak one final auction through as a last gift to his oil cronies.

Now over two years on, DeChristopher’s trial is scheduled later this month at a court house in Salt Lake City, where he faces felony charges.

If convicted he could be jailed for up to ten years.

Although DeChistopher had originally just gone to protest outside the auction, he managed to get into the building and was asked if he would like to actually bid.

Replying that he would, he was given bid card, Number 70.

To start with he was just pushing up the price of the plots, then it began to dawn on him that he could win.

He realised that he “had the potential to win those parcels and possibly create enough chaos, so that things would still be up in the air for the new administration and that the parcels could be protected and the oil keep in the ground.”

He ended up winning fourteen plots in a row, at which point the auction was stopped.  The direct effect of his actions has been, according to DeChristopher, to “waive a red flag, and to stop and think about what is going on here”.

DeChristopher’s actions have led to two contradictory outcomes. In less than two months, the Department of Interior examined the auctions, found that they had not been conducted properly. They cancelled not just the bids that he won but 77 of the 116 leases.

Two months after that, the Department of Justice indicted DeChristopher for disrupting those same auctions.

“There is some degree of disconnect, that one branch of government is admitting that what I was standing on the way of was inappropriate and illegitimate,” he argues. At the same time “another branch of the government is pressing felony charges against me for disrupting that crime in process.”

He continues: “Since they did find that things were inappropriate – and they reversed the auction then the impact of my actions is to cost some very powerful people in powerful corporations a decent chunk of money. That’s what can’t be swept under the rug and that is why I was subsequently indicted.”

To see a series of recent interviews with DeChristopher, go here.