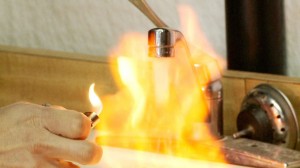 As people still digest the new political landscape in Washington, there is no doubt that the oil and gas industry lobbyists will be salivating at the prospect of dealing with some of their old friends, who will soon be in important positions.

To give you just one example: The prospect of Joe Barton becoming the chair of the all important Energy and Commerce Committee will be galling for many.

Remember it was Barton, who is heavily funded by the oil industry, who even embarrassed many in his own party when he apologised to BP for the way that Tony Hayward was being treated in committee hearings.

Although he later apologised, it shows how cozy Barton is to Big Oil. To see just how cozy go here.

To make matters worse, the Republican victory in the House seems to have made Obama immediately start cozying up to the industry too.

In his speech the day after defeat, Obama twice mentioned development of natural gas resources as an area where he agreed with Republicans.

It was taken as an endorsement of the exploitation of vast shale gas resources being tapped across the country, particularly in Pennsylvania.

“We’ve got, I think, broad agreement that we’ve got terrific natural gas resources in this country,” Obama said. “Are we doing everything we can to develop those?”

Obama’s sudden newfound interest in expanded natural gas drilling surprised many from greenies to the industry.

As Greenwire pointed out: “Representatives of drilling groups said they had no idea that Obama would make natural gas his lead olive branch to the newly empowered Capitol Hill Republicans. But they were pleased that he did.”

“I was surprised by the venue,” said Chris Tucker, spokesman for Energy In Depth, a drilling industry group formed to fight off federal regulation of shale gas drilling.

“The president’s remarks yesterday fit perfectly with a State Department that is actively looking to export the shale revolution globally, an Energy Department that views shale as a fuel with enormous potential for our future and an EPA that has consistently stated that the technology needed to produce shale gas is safe,” Tucker added.

But shale gas isn’t green or safe. “It is a challenging issue for the environmental community,” retorted Michael Brune, executive director of the Sierra Club. ” Let me be clear, natural gas is not clean but it is cleaner than other dirty fuels.”

And then there is the issue of water contamination through the process of fracking – injecting water and other chemicals into the ground to break it up and force gas to the surface.

Indeed as Republican strategist Karl Rove addressed oil and gas industry officials on Wednesday at a major oil and gas conference, outside more than 300 opponents of fracking chanted “It’s our water, we will fight!” and “Whose water? Our water!”

Josh Fox, whose documentary about the dangers of fracking, “Gasland,” was featured on HBO,  said the drilling industry is lying by characterizing natural gas as “clean alternative fuel.”

Indeed the picture on the blog is from the film with someone able to light their water!”

And it looks like Obama just fell into the fossil fuel industry’s trap.