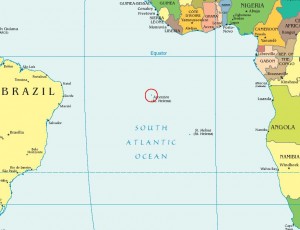 We just don’t know when to stop. It looks like we are going to chase every drop of oil under every remote sea-bed, no matter the consequences.

A fevered scramble for control of the world’s seabed is going on – mostly in secret – at a little known office of the United Nations in New York.

Officials are said to be bemused by the antics of Britain and France as they stake out legal claims to oil and mineral wealth as far as 350 nautical miles around each of their scattered islands across the Atlantic, Pacific, and Indian oceans. Meanwhile Australia and New Zealand are said to be “carving up the Antarctic seas.”

The latest bombshell to land on the desks of UN’s Commission on the Limits of the Continental Shelf is Britain’s claim to extend UK territorial waters around Ascension Island, St Helena and Tristan da Cunha. A similar request has already been made for eastward expansion from the Falklands and South Georgia.

The French “Outre-Mer” is a bigger network – from the Isles Crozet to Saint-Paul and Kerguelen in the southern seas, to Clipperton off western Mexico. They too have been busy at the UN, requesting an extension of their zone off French Guiana and New Caledonia.

The Law of the Sea system is deeply unfair. China gets virtually nothing. Poor landlocked countries get absolutely nothing. Yet the old powers – after enjoying the fruit of imperial rule for four centuries – enjoy a second bite of the cherry. “The sea goes to the most powerful states that were able to colonise the remote parts of world. That’s the way the law is,” said Martin Pratt, head of the international boundaries unit at Durham University.