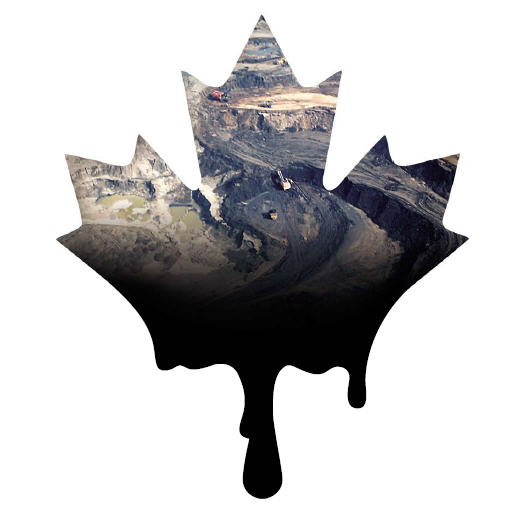 Deputy Premier of Alberta Ron Stevens is in Washington this week, meeting with Bush Administration officials and members of Congress to promote the importation of dirty tar sands oil to the United States. Oil Change and our coalition partners took out an ad (pdf) to greet him.

Stevens is expected to advocate that tar sands oil should be exempted under Section 526 in the newly enacted Energy Independence and Security Act of 2007. Section 526 prohibits the Federal purchase of unconventional or synthetic fuels whose lifecycle greenhouse gas emissions are higher than conventional fuels.

Oil Change and a coalition of environmental groups are challenging the Canadian government to slow the tar sands oil development and focus on taking serious steps to clean it up. An ad launched today in Capitol Hill’s Roll Call newspaper features Canada’s iconic maple leaf oozing with oil. A request for a meeting with the Deputy Premier to discuss the tar sands environmental problems was denied.

The following is a statement from U.S. based members of the groups backing the ad in Roll Call:

“Touting Alberta’s commitment to environmental sustainability through the development of the oil sands is ludicrous. Development of oil sands has received widespread criticism due to the enormous amounts of global warming and toxic pollution it creates.

“To date, Canadian federal and provincial plans to address global warming allow carbon dioxide emissions in the tar sands to triple by the year 2020. And there have been no plans announced to address the cleanup of large toxic lakes, the health impacts of native communities or the damage to Alberta’s Boreal forest. Nor is there a commitment to slow down the development of the tar sands until these environmental issues can be addressed.

“In fact, the government of Alberta has just revealed a plan to spend $25 million to dispel what Premier Ed Stelmach called “myths” about the environmental problems surrounding the tar sands oil production in Northern Alberta when he visited Washington in January.”