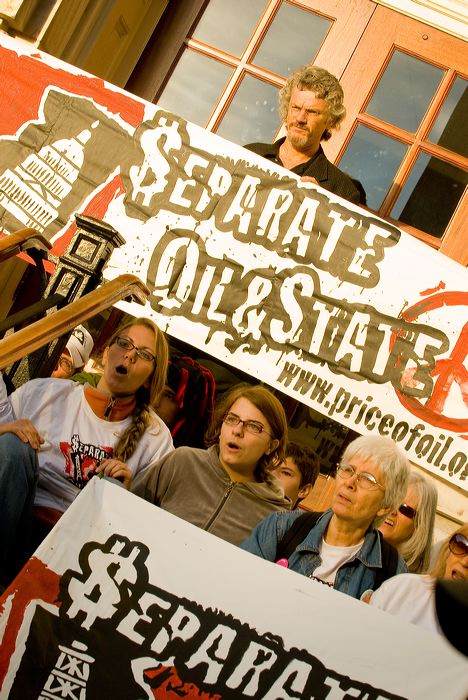 As part of the “No War No Warming” demonstration 68 protesters were arrested yesterday in Washington, after they blocked Capitol Hill employees from arriving to work.

“The link between war and warming is oil” said Steve Kretzmann of Oil Change International. “The oil industry gave $10 million in campaign contributions to this Congress. Perhaps this explains Congress’ inability to address these issues. We’re here today to demand a separation of oil & state.”`

“Millions of Americans – the vast majority of us – want immediate action on the twin global threats of the Iraq War and global warming,” explained Ann Wright of Veterans for Peace. “We are demonstrating today because as the violence, chaos and death in Iraq continue and we hit another year of increasing climate disasters, our government is failing, once again, to respond to the will of the people.”

“This Congress has failed in its first year to deal with two of the top issues they were elected to solve – the war and global warming: said Ted Glick of the US Climate Emergency Council who was also arrested. “They must do better. Congress must end the war in Iraq AND pass strong legislation to address global warming and enact a clean energy revolution.”

What do war and global warming have in common? Oil. Burning oil, gas and coal is responsible for the vast majority of global greenhouse gas emissions. The fossil fuel industry has systematically funded efforts to discredit legitimate climate science and obstruct national and international efforts to stop global warming for more than a decade.

It is the USA’s addiction to oil that drove our country into war with Iraq. Even Alan Greenspan says it. Our future energy choices must not fuel either war or warming. The first step in ending our collective addiction to fossil fuels is reducing their influence over our politicians and demanding a separation of oil and state.

Below are a few of the many scenes from this empowering and inspiring day: 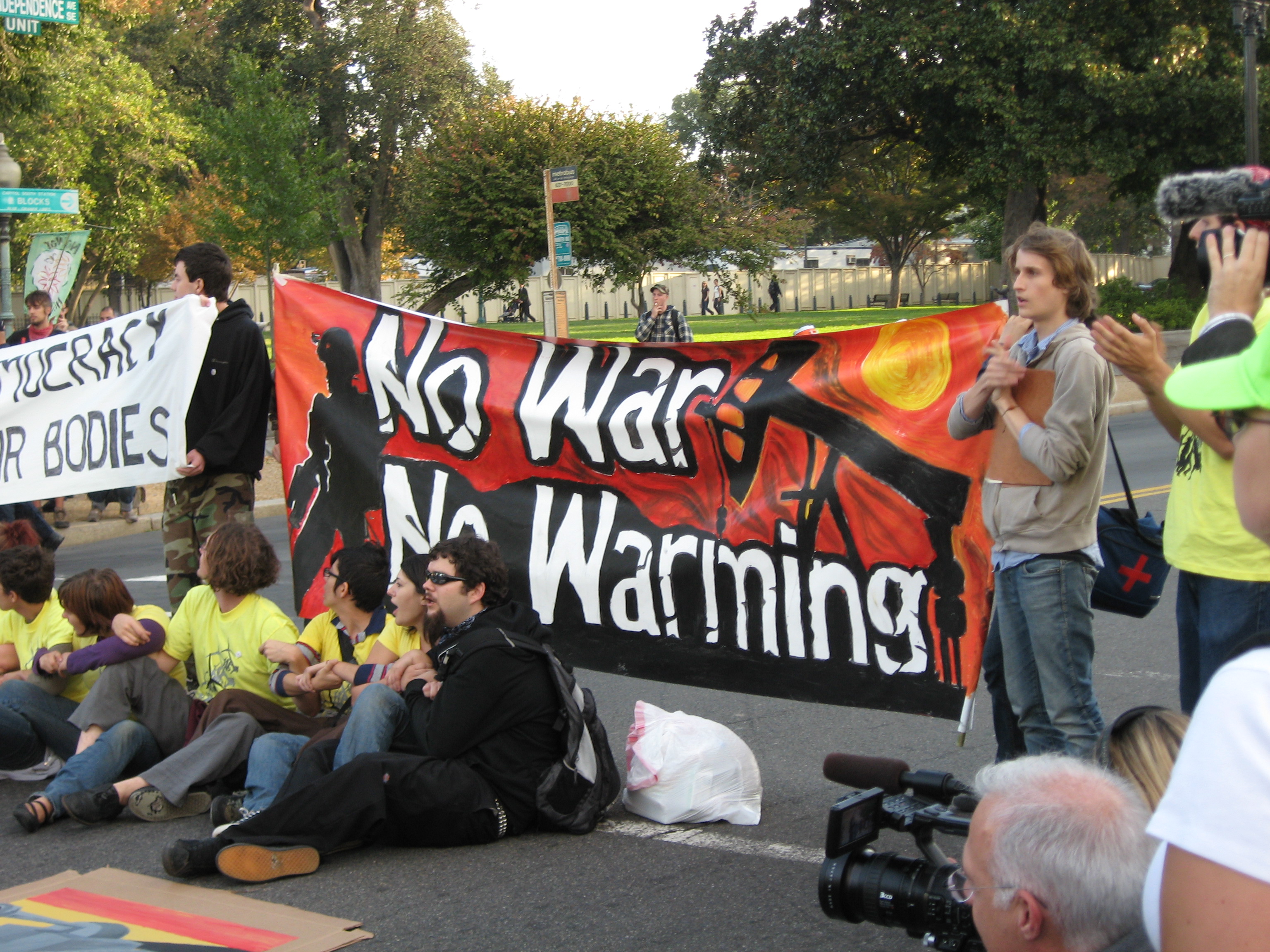 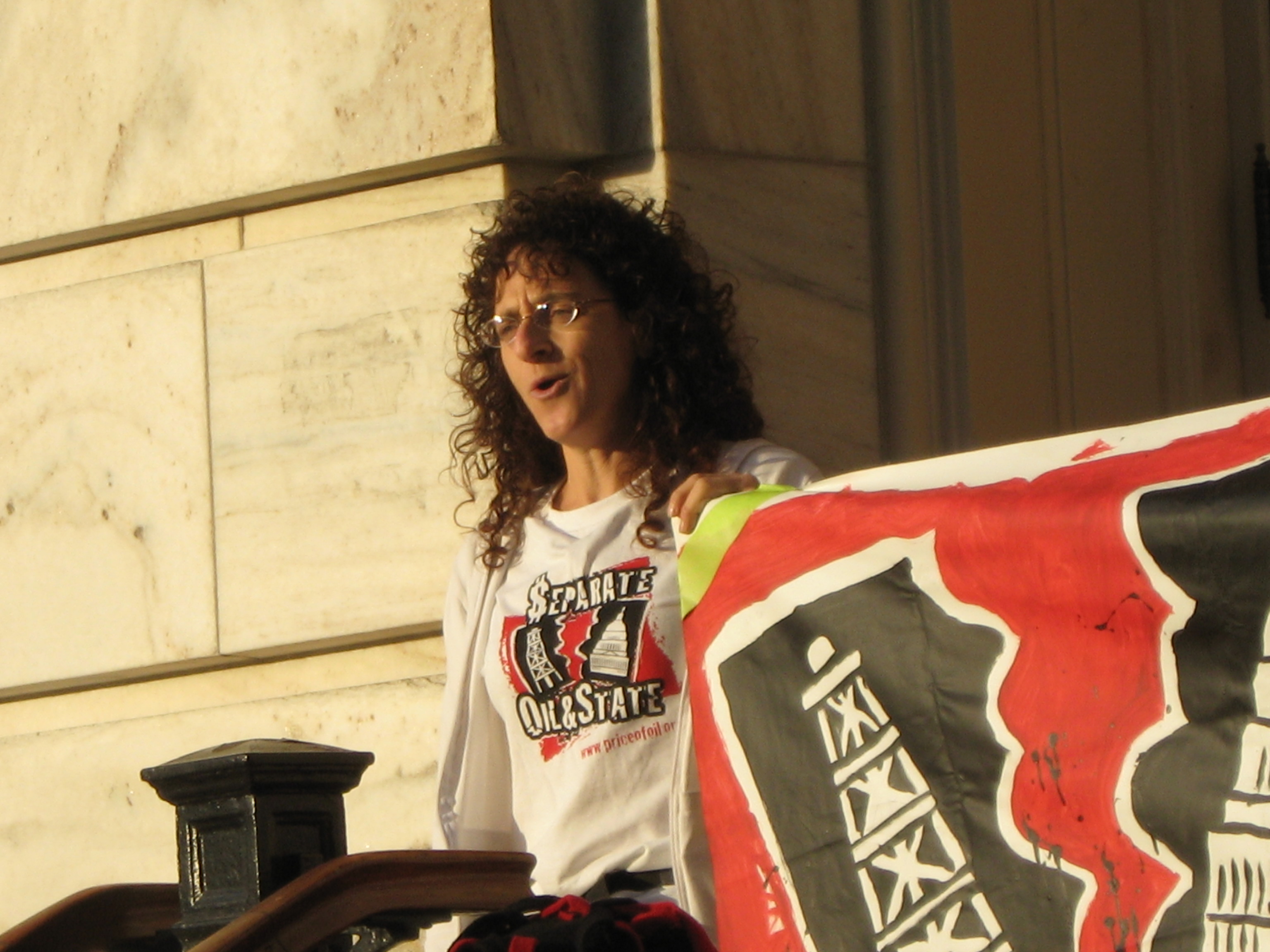 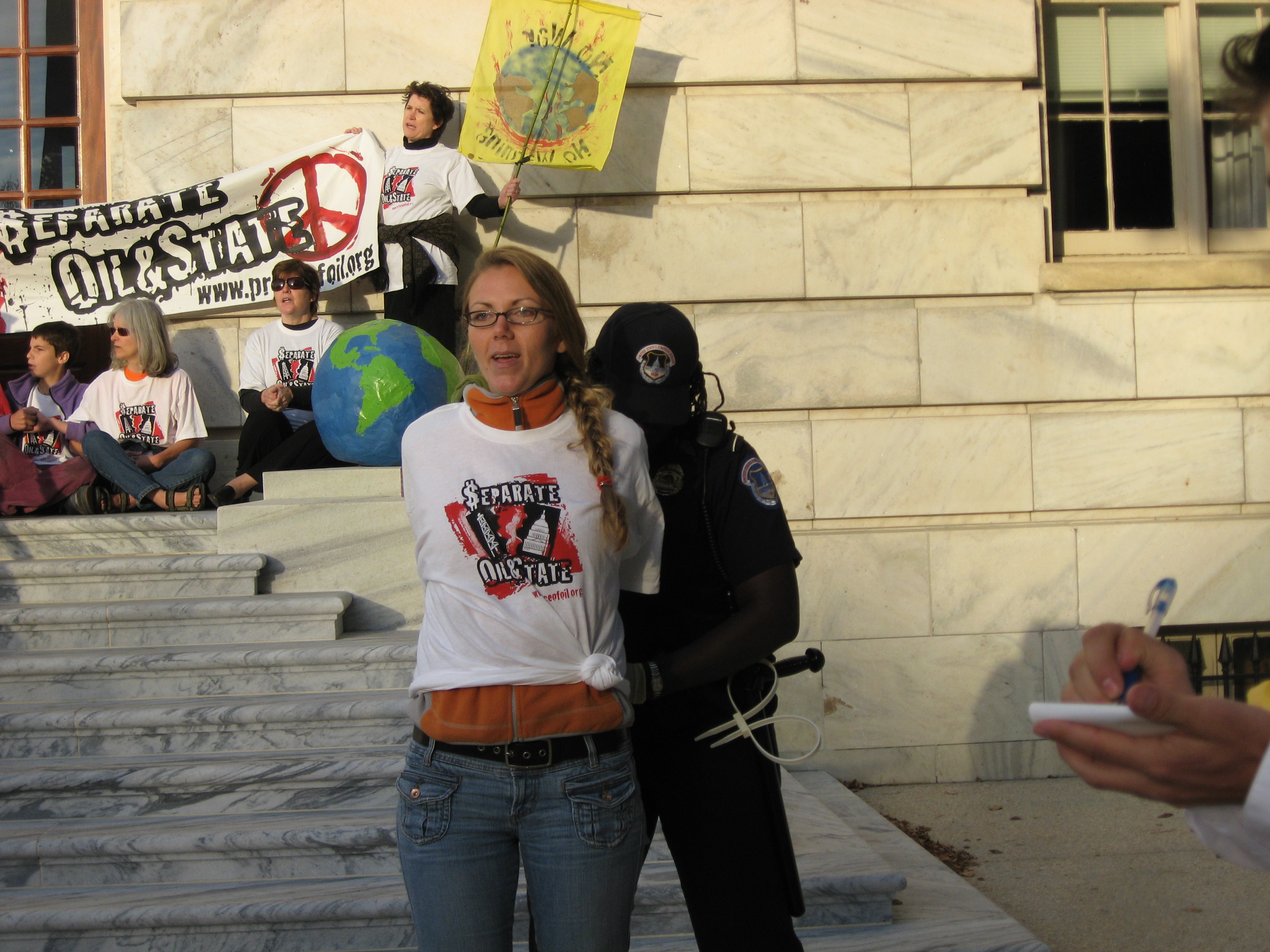 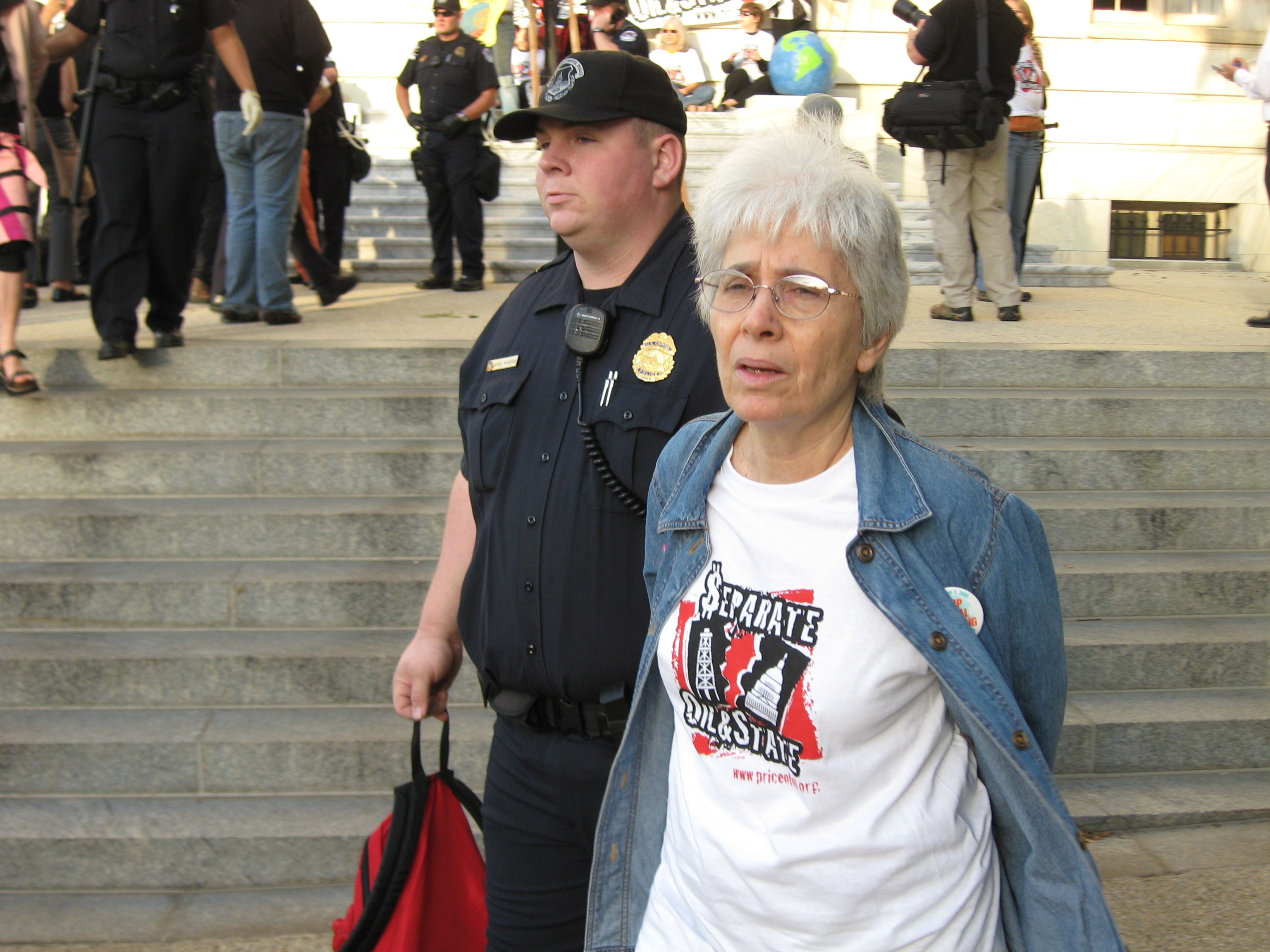 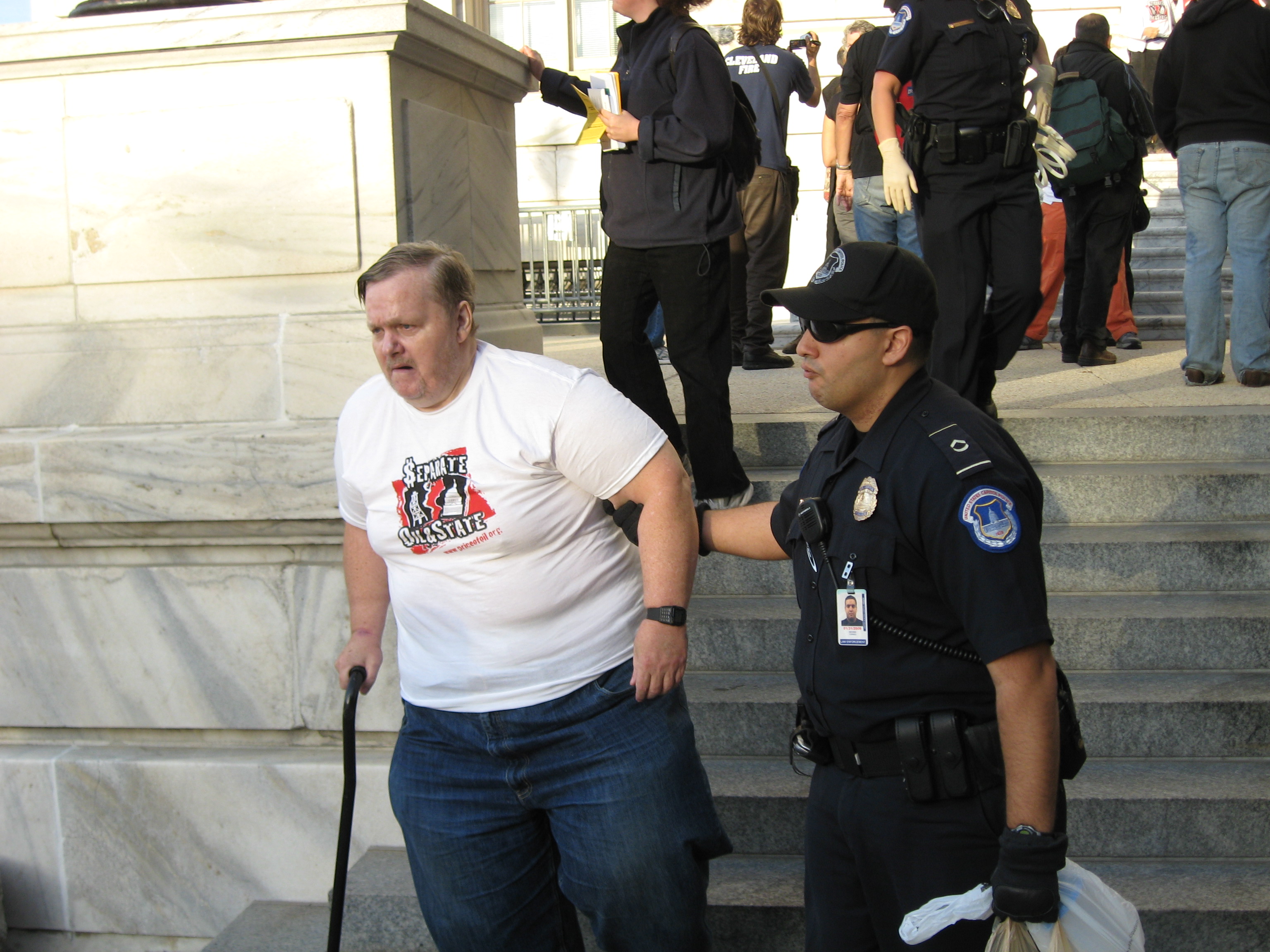 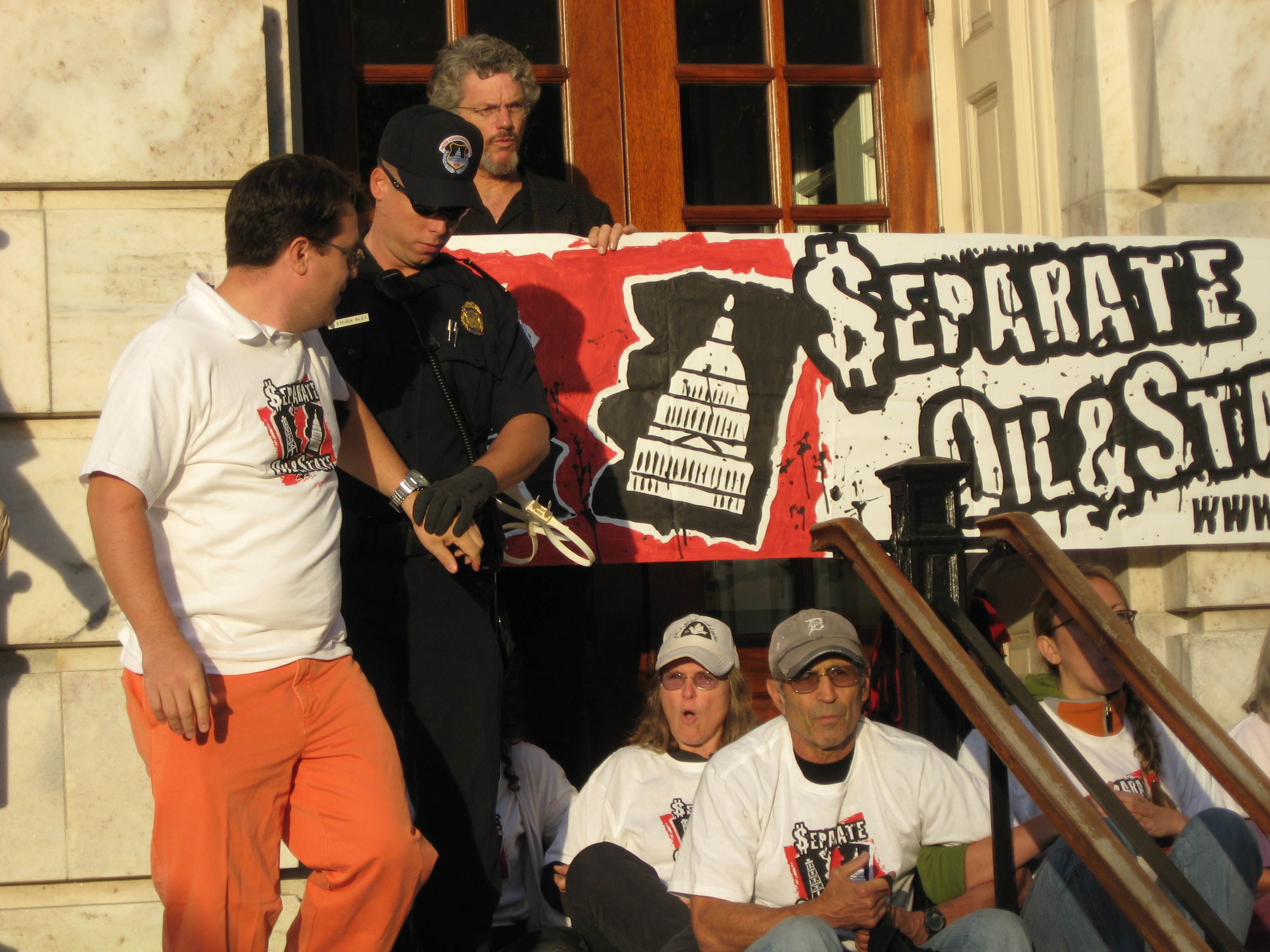